David Stockman on War with Iran, Oil, and the 2020 Election 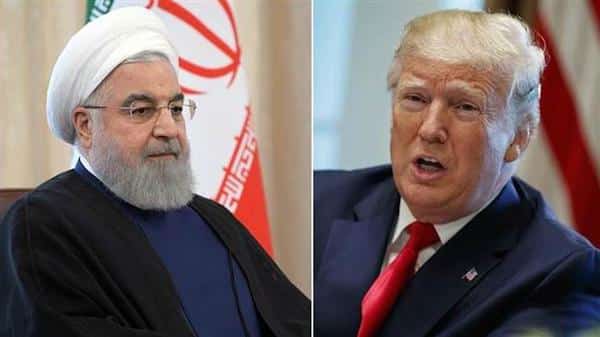 International Man: The United States and Iran appear to be closer than ever to war. Where do you think this is headed, and what would the consequences of a war with Iran be?

David Stockman: If it ever really happened in a hot-war sense, it would be catastrophic, because everything in the Persian Gulf would be sunk.

There would be massive amounts—tens of thousands of tons—of metal clogging up the Strait of Hormuz from all these sunken ships, both ours and theirs.

The oil fields on the eastern Persian Gulf of Saudi Arabia would be in ruins, and so would most of Iran. Obviously, it would be catastrophic, because the price of oil would shoot to $200 or $250 a barrel—and the world economy would buckle. The governments would then go crazy printing money—stimulating and borrowing. That would be the ultimate Armageddon. But I don’t really think it’s going to happen.

At least the Saudis appear to be rational enough to avoid a hot-war escalation, even though the crown prince has proven he’s a bit of a hot head, he’s impulsive, and he’s gotten them into places they had no business engaging. The Yemen thing is a catastrophe for them and they’re beginning to see that, but I think we can read the tea leaves.

After the Saudis were attacked right in the heart of their oil production complex, they didn’t counterattack Iran. They’re trying to organize a coalition of willing countries—and there aren’t too many people willing to get in the middle of it, especially the Europeans. So, I think there’s a little bit of hope there that somehow this thing will drag along in a rhetorically heated but not militarily engaged sense.

On the other hand, this whole situation is due to the fact that people who basically are part of what I call the Israeli branch of the War Party convinced Donald Trump that the Iran nuke deal was the worst deal ever made—when it was one of the best deals ever made.

He tore it up under the influence of John Bolton and Mike Pompeo and all the rest of these neocon creeps—I want to use the strongest language I can. They not only convinced him to walk away from it—which was totally imprudent and stupid—but then to reengage in the most vicious economic-sanction campaign ever.

It’s just flat out economic war designed to destroy Iran’s economy. The heart of the Iranian economy is their energy: natural gas and oil.

Without exports, they can’t earn the money to keep their economy going. Yet what the US is doing is harassing and hounding every country in the world, every company, every port where oil tankers can be berthed to not take Iranian oil, not buy Iranian oil—on threat of severe secondary sanctions from the United States.

This is extremely nasty stuff. This is imperial arrogance beyond belief. That’s the reason we have this tense and dangerous situation in the Middle East today. At some point, the Iranians have to find ways to fight back, or their economy is going to be destroyed and their people are going to suffer badly.

The reason I bring it up, though, is because it’s the opposite of America First. Trump came in wanting America First, but are the Iranians a threat to homeland security, really?

Iran has a GDP of $450 billion. Their defense budget is about $15 billion. The US government wastes that amount about every seven days at the Pentagon.

Iran has no long-range missile capacity. They have no blue-water navy. Their missiles have a range that maybe can get to Rome but certainly not most of Europe—to say nothing of North America.

They’ve never threatened to attack North America. They’ve said, “If you do harm to us, you’ve got all these forces in our neighborhood. We’re going to have to retaliate.” They’re not a threat to the American homeland—and if we didn’t have imperial forces domiciled all around their neighborhood, they wouldn’t be a threat to any American.

Iran is the heartland of the Shia confession of Islam. So they have allied with the Alawite branch of Shia Islam in Syria—which is what the government and Bashar al-Assad is.

Iran has to be allied with Hezbollah, because Hezbollah is Shia. It’s the biggest political party, duly elected in Lebanon. They have also allied with the Houthi in northern Yemen, who also are like a second-cousin branch of Shia Islam.

So, what the neocons are saying is Iran, unlike us or anybody else, can’t have a foreign policy that allies with people of the same political or religious confession because Bibi Netanyahu doesn’t like it. That’s the only reason for it.

There is no reason for us to get in the middle of the stupid fight between the Israelis and Hezbollah. Hezbollah was created by Israel when it occupied southern Lebanon several times after 1982 and did very nasty things to the local population.

That’s why we’re bringing the Persian Gulf to the brink of war—because of stupid decisions that were made by Ariel Sharon and especially Benjamin Netanyahu over the years—regarding the politics of Lebanon and Syria.

International Man: Of course, Saudi Arabia plays into this, because they also don’t like Iran’s expansion of influence.

As you know, Saudi Arabia has spent hundreds of billions of dollars on advanced US weapons. Those top-dollar weapons have failed to protect it from even a relatively unsophisticated enemy like Yemen’s Houthis. What are the implications?

David Stockman: First of all, there’s a large implication about the massive hardware budget we have for military.

In this day and age, technology is becoming so sophisticated. Relatively cheap things like drones can threaten very expensive facilities like this big oil processing plant—or penetrate and destroy property that costs 100, 1,000, 10,000 times as much.

Not to segue too far, but we’re buying a series of aircraft carriers now, $12–14 billion apiece. Then you’ve got to have all the escort ships, and you’ve got to have the 70 or 80 aircraft and attack helicopters and so forth to go with each carrier battle group.

Yet with today’s technology, they’re sitting ducks. When sitting out on the water, they can be destroyed by even relatively unsophisticated enemies who get their hands on this kind of modern technology.

We’re in such an asymmetric world in terms of technology that this massive conventional capacity is an utter and complete waste—and is only part of a self-perpetuating syndrome of contractors who want to keep reporting profits to their shareholders.

Yes, Saudi Arabia has bought all these weapons, but the key point to understand is that without US technical support and a constant supply of spare parts, its entire military capacity is useless.

So, it essentially cannot function as either a foreign policy actor or a military force without Washington’s complete blessing. That’s why it’s so outrageous about what’s going on in Yemen today with over 100,000 civilians, men, women, and children killed—hunger, starvation, cholera, disease.

It’s a genocidal environment, and yet the Saudis could have been told by the US a couple years ago, “It’s a do-not-go zone into Yemen. Stop, or we’re going to stop the spare parts and the technical assistance.”

If that were to happen, frankly, the royal family would be living in Switzerland within six months, because they would be finished.

Without the military and without the US technical and spare parts support for it, they wouldn’t last a few months. Yet we don’t exercise that power, because imperial Washington would rather have a war going in Yemen in order to convince people that the world is a scary place and we need all these weapons—and all these aggressive offensive forward positions—in order to keep America safe. It’s just a lot of damn nonsense.

International Man: Earlier you spoke a little bit about what it would look like if there was an attack on Iran.

Overall, with what’s going on in the Middle East, what do you think are the consequences for the price of oil?

David Stockman: As I said before, I don’t think it’s going to lead to a hot war, unless there’s an accident—a series of very quick-moving misunderstandings—or something that happens in the middle of the night when Trump gets up on the wrong side of bed and authorizes something unhinged or crazy. That’s always a risk—but he understands if he has a war in the Persian Gulf, he won’t get re-elected.

If he doesn’t get re-elected, he’ll end up in a place that won’t be as commodious as Trump Tower, after the Democrats are done with him and he’s out of office. So, I don’t think a hot war is going to happen.

The price of oil in the Persian Gulf is a function of the global supply demand equation—100 million barrels a day. It’s a massively complex supply chain and supply/demand situation that affects things on the margin everywhere—whether they reinvest in Russian oilfields or how many new drilling rigs are put into the Permian Basin. And it goes on and on.

We don’t need the Fifth Fleet in the Persian Gulf to protect oil supplies or keep the price down. The best cure for high prices is high prices—the free market.

Yet we’ve been on this 45-year stint, ever since the early 1970s—as a result of economic ignoramuses like Henry Kissinger and a lot of those who followed, who said we have to protect the oil supply because bad guys will get hold of it and do bad things to us.

This is absolutely not true. Even when bad guys get hold of the oil supply, like ISIS did temporarily with some wizened old oil fields in eastern Syria—what did they do? They produced as much as they could because they needed the revenue.

What does Iran do when we’re not putting an embargo on them? They produce as much as they can because they need the revenue. Everybody needs money.

I don’t care who takes power in these countries. They’re going to produce oil, because they’re going to need the revenue, either for their military or to feed their population or to buy off political support.

We don’t have to worry about it. Get the damn Fifth Fleet out of the Persian Gulf. Let the global oil market do its thing. Let supply and demand manage the energy system, and we’ll be a lot better off.

Editor’s Note: The amount of money the US government spends on foreign aid, wars, the so-called intelligence community, and other aspects of foreign policy is enormous and ever-growing.

It’s an established trend in motion that is accelerating, and now approaching a breaking point. It could cause the most significant disaster since the 1930s.

Most people won’t be prepared for what’s coming. That’s precisely why bestselling author Doug Casey and his team just released an urgent video with all the details. Click here to watch it now.