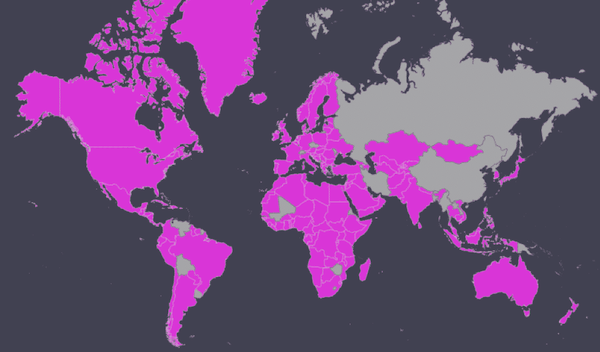 The Akkadian Empire is often regarded as the world’s first empire, reaching its peak between the 24th and 22nd centuries BC, some 4,400 years ago.

It was in the Middle East, home of quite a few empires over the millennia. It began with King Sargon, who, having succeeded at conquering his neighbours in Babylonia, decided to expand further into Syria and Canaan.

King Sargon established a fad that has remained until the present day. In any era since his time, there have been those nations that, having had initial successes at conquest, couldn’t resist the temptation to “have it all.”

Each, in turn, had occasion to learn why this is not the most sensible objective for a nation to pursue.

The Roman Empire collapsed, in part, because it attempted to gobble up as much of the known world as possible and found that, once another civilisation had been conquered and looted, a military and other resources were then necessary to maintain control. Rome learned too late that, whilst conquest is often profitable, maintaining a conquered land is a liability.

Over the millennia, history has seen many empires come and go. By the time of the Spanish Empire (peaking in 1521–1643), kings had a rough idea of how very big the world was and recognized that controlling it all was quite a task.

This did not, however, stop ambitious leaders. Every century has seen its Genghis Khan or Napoleon, whose desire for conquest was insatiable. Repeatedly, such leaders came to a bad end, specifically because they tried to bite off more than they could chew.

Britain owned the nineteenth century, with colonies worldwide, but today, we British eat humble pie, as we were eclipsed due to excessive warfare and government spending.

Then the US owned the twentieth century, not only colonizing parts of the world, but seeking to police the rest of it.

This began in 1899. Future President Theodore Roosevelt stated publicly that “Peace may come only through war.” He asserted that the US military was an “international police” and that he, as president, had the right to order invasions to enforce America’s Manifest Destiny. During his presidency, he did such a good job at his invasions that, in 1906, he was the first US President to be awarded the Nobel Peace Prize.

And so it has continued since then. Successive presidents have cherry-picked countries that needed invading – often with the justification that it was “to make the world safe for democracy” – a phrase coined by Woodrow Wilson’s spin doctors to support America’s involvement in World War I.

In more recent decades, the US, under George Bush, invaded Iraq and Afghanistan. Under Barrack Obama, the US invaded Syria and Libya. And, today, sabres are being rattled at Iran on an almost weekly basis. (I’ve long felt it likely that World War III would begin at the Strait of Hormuz.)

And to maintain a geographic balance, the US government dispenses weekly notices to the media of the growing need for aggression in Venezuela and North Korea.

Why? Well, just like King Sargon, the US military interests are ever-conscious that there are still a few countries out there that are not US-dominated. As can be seen in the map above, the US has a military presence in all the countries that are coloured pink.

The US has some 800 military bases and has military personnel deployed in 177 countries – a total of 1.3 million troops. In addition to these bases, there are numerous “lily pads,” or mini-military bases. Such bases generally house weaponry and supplies, at the ready for larger troop deployments.

Further, the US has a host of “militarily active advisors” and “peacekeeping forces” deployed across the globe.

No surprise then, that the US tends to work towards the day when 100% of the world has US military boots on the ground.

For example, that grey collection of islands on the map, just above Norway, are the Svalbard and Jan Mayen islands. Although they’re presently inhabited by Russians and Norwegians, are in the Arctic Circle and have virtually no value, when US Defense Secretary Jim Mattis visited Svalbard in 2018, he saw it as a good site for a US base, saying, “Certainly America’s got to up its game in the arctic. There’s no doubt about that.”

At present, the cost of the military takes up 54% of all federal discretionary spending – $598.5 billion per annum. For the taxpayer, this means that, if the US were to cease to see itself as the world’s policeman, his taxes could be drastically reduced and his family’s economic wellbeing could be enhanced dramatically.

But the US government would consider this type of thinking as inviting disaster, as it’s assumed that the US would be in great danger from foreign aggression, particularly from Russia (which has only one military base outside its borders) and China (which has none).

Indeed, Colorado Senator Cory Gardner has co-sponsored a bill that seeks to designate Russia as a state sponsor of terrorism. He has said, “Putin’s Russia is an outlaw regime that is hell-bent on undermining international law and destroying the US-led liberal global order.”

Them’s fightin’ words. Senator Lindsay Graham, a co-sponsor, has said, “Our goal is to change the status quo and impose meaningful sanctions and measures against Putin’s Russia.”

John Bolton has characterized Cuba, Nicaragua and Venezuela as “a troika of tyranny,” one that must be subjugated.

What do all these countries have in common? Only one thing: They do not presently come under the thumb of the US military.

Either the US military and its representatives in government are spoiling for war, or they fail to understand that their persistent careless threats to other sovereign nations is equivalent to a declaration of war against them by the US military.

Considering the enormous head of steam that the US government is building up toward these countries, it would be surprising in the extreme if the world did not find itself in a state of world war in the not-too-distant future.

The US Empire, like its predecessors throughout history, is about to bite off more than it can chew and the world will pay the price.

The truth is, we’re on the cusp of a global economic crisis that could eclipse anything we’ve seen before. That’s exactly why Doug Casey and his team just released this urgent video. Click here to watch it now.