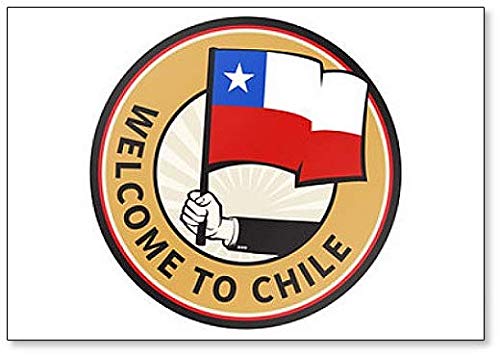 In 2006, Chile elected its first woman president, a socialist, Michelle Bachelet. Hopes were high that a dramatic change in both gender and political view might revitalize Chile.

It did not. The experiment was a dramatic failure and only four years later, Chile switched sides and elected a conservative billionaire businessman, Sebastián Piñera.

At that time, a trickle of people from North America were coming to the conclusion that the US and Canada were sliding away from traditional values and that their future might be in jeopardy if they remained there.

They sought another country where they might move in order to escape the North American decline.

One trend amongst libertarians at that time was to focus on Chile, as the country was considered to have made its political mistake and was now correcting it, under the new ultraconservative president. Chile was welcoming expatriates with open arms and seemed to be one of the most promising countries on the map where a libertarian community might be created.

My view at that time was quite unpopular amongst libertarians. I did not feel that the expatriate communities that were planned for Chile by North Americans would fare well. I suggested to those planning the move that they might succeed in establishing their communities, but their success would be brief.

However, most who were considering the move ultimately chose Chile.

So how did that work out?

Many expatriates living in Chile were shaken by the dramatic shifts. They were unable to plan for the future and unable even to be certain as to whether they were welcome attendees to this political ping-pong match or not.

Yet, the turmoil was not over. After the 2018 election, Chileans remained deeply divided. Riots broke out and a state of emergency was declared. The military was brought in to re-establish control and Mr. Piñera’s popularity level sank to 9%.

Of course, as political leaders tend to do, he has caved in to opposition demands, yet dug in his heels as to his own continued presidency. (“Ideals” can be sacrificed, but not power.)

The next two years are all but certain to produce greater unrest, and a return to military rule is not out of the question.

In the midst of all this, the residents of several expatriate communities have folded up their tents and walked away from their investments, seeking an alternative home once again.

So, is there a lesson to be learned from this ever-worsening debacle?

Yes, there is. But the lesson should not be about Chile specifically. Nor should it be about whether it’s advisable to leave a home country because it’s headed in a bad direction.

The lesson should be the method by which the target country is chosen.

Back when I was asked whether Chile was a good prospect as a destination, I fully agreed that at that moment it seemed to be very promising – perhaps more so than most other destinations.

The problem is that choosing a country in which to live should involve a good deal more investigation than most people were prepared to do at that time.

Choosing a country is much like choosing a spouse.

Most people understand that to undertake a wedding after a few exciting dates would be very unwise. After all, we all put on our best face when we first meet a potential mate. But should we then learn that our date has had, say, a series of relationships that ended quite badly or possibly that he or she has a criminal record, we’d be more wary as regards possible matrimony.

We might decide to disappear then and there. But even if we continued the relationship, we’d want to learn a lot more about the history and makeup of our possible mate.

A move to a new country can be just as major a change in life as choosing a spouse. Therefore, the past history of a country should be carefully considered.

Does it have a long record for political stability?

Does it have a long record for economic stability and does sustainable prosperity still exist?

Does it allow for basic freedoms for all residents?

Does it welcome foreign nationals socially and are they equal under the law?

The above questions are the most immediate; however, they’re only a starter-list. The great majority of countries may well be knocked out of consideration by one or more of these questions.

Once a short list of countries that satisfy the above has been determined, a further investigation should be conducted regarding your personal needs and objectives.

Someone who’s thirty years old and has a pioneering spirit might not choose the same country that a wealthy retiree might choose. Someone who intends to earn his income within the target country may seek a prosperous nation, whilst someone planning to earn his income through the internet may consciously choose a low-income/low-cost country.

In choosing a country in which to live, you are, to a great extent, choosing what your future is likely to be.

Therefore, in order to ensure the greatest possibility that your target country will be an overall improvement over your home country, you’d wish to identify what countries are suited to your needs and whether you might enjoy life there.

But before making that selection, it would be wise to first create a short list, based on the likelihood that the countries that you consider are likely to have a promising future overall.