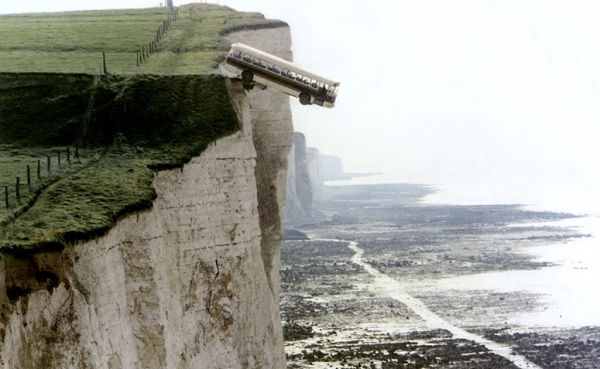 Economics should not be an especially difficult subject to understand. In essence, it’s simply the study of how money functions. However, academics, theoreticians, politicians, and financial leaders all stand to benefit if they can manage to complicate the basic principles and muddy the waters of economic comprehension.

No individual has been manifestly more successful at this than the economist John Maynard Keynes. Educated at Cambridge, a bastion of Socialist thinking, Mister Keynes famously published The General Theory of Employment, Interest and Money in 1936, forever changing the world’s perception of economics.

This was quite an amazing feat, especially as Mister Keynes’s goal was not to explain economics, as had traditionally been the object of the subject; his goal was to distort the study of economics—to confuse economic principles in order to promote socialist concepts.

Socialism had, since its beginnings, been unpopular with many people, as it clearly did not work economically. So, in order to make socialism more broadly acceptable, Mister Keynes, in his book, suggested essentially that, although 2 + 2 = 4, with socialism, 2 + 2 could somehow equal 5.

Mister Keynes recommended that governments control the economy, saying that, in good times, they could tax and regulate the people so that government held the money. Then, in bad times, they could pour that money back into the economy in order to revitalise it. In saying this, he ignored the fact that, historically, free markets tend to be self-regulating—that supply and demand invariably create their own balance.

Of course, his concept gained the instant approval of all the world’s governments and has held it ever since, as every government would like to control all the money, if at all possible.

Interestingly, just before his death in 1946, Mister Keynes confessed that, in reality, governments, ever dependent upon election cycles, will collect money through taxation and regulation during good times, then immediately spend all of it, then borrow more.

Then, when bad times arrive, the government will not only be broke, but in debt. And, instead of then relieving the economy by going out of business, as any failed business would do, they increase taxation, to keep their own nests feathered. Thus, in bad times, government becomes a country’s greatest detriment to economic recovery.

Back to the present day, we observe both the EU and US governments (and a host of other economically troubled governments) actively pursuing Keynesian economics. As much of the world is presently in the midst of the (still unacknowledged) Greater Depression, politicians in each election cycle, trot out yet another promise for prosperity, always based upon governmental control of the economy—the very same Keynesian concept that created the economic calamity in the first instance.

During downswings in each of these jurisdictions, any government prides itself on declaring, at intervals, that a small percentage of new jobs has been created, in an effort to suggest recovery. They do this in the face of the fact that government employment numbers are skewed to not include those who have given up looking for work.

In addition, anyone who has insufficient work to support himself and his family, but is still employed even one day a week, is counted as “employed.” In the US alone, if all the people who are not fully employed were acknowledged, the present percentage of unemployment would be above 20%.

When an economy is in decline, there are few new real jobs to be had, whilst others continue to disappear. And here is where Keynesianism really comes to the rescue. Since the actual take-home pay of an individual is less important to government statistics than new-job creation, one socialist solution is simply to divide up the existing jobs.

By creating shorter work-weeks—say, thirty hours—many ten-hour jobs open up, and these can be claimed to be “new hires.” Of course, they are improvements only in a statistical sense, as both the thirty-hour employee and the ten-hour employee see diminished standards of living than if a free-market economy had prevailed and both employees may have had the opportunity for forty-hour employment.

As previously stated, this condition, whilst simple to understand in principle, is hopelessly confused and muddied in practise—a situation that allows it to prevail.

Perhaps it would be helpful to offer, for comparison, a more transparent version of the same condition. From the 1960s through the 1980s, Cuba’s primary export product had been sugar. The USSR was Cuba’s principle customer, paying more than four times the going rate to Cuba for its sugar, in exchange for being a loyal Russian ally.

When, after the collapse of the USSR, the Russians pulled out of Cuba, the Cuban economy, having been based on an inflated product value, virtually collapsed. Large numbers of Cubans, previously employed in the sugar industry, were simply no longer necessary, and Cuba had a problem on its hands.

One attempted solution was the “sharing of jobs” (essentially the same “solution” that is now developing in the US). In the years following the sugar debacle, if you were on a bus, travelling from, say, Havana to Santa Clara, you would have two bus drivers on board for the entire round trip.

One would drive to Santa Clara, whilst the other sat in a seat behind him. On the return trip, the second driver would take over. A pointless exercise that only resulted in a divided paycheque.

Yes, both drivers were now “employed”, but each earned less than he might have in a less socialistic economy. Understandably, nothing improved in any real sense for the Cuban people.

Having made the pie smaller overall, it then divides up the slices in an effort to maintain the perception that everyone still has his piece of the pie. Unfortunately, that sliver may not be enough to sustain the recipient.

But of course, in socialism, as in governments in general, perception has always been regarded as being more important than reality.

As a footnote to the Cuban comparison, it’s instructive to note that, when the Cuban government launched policies like the above-described Bus Driver Economics during the economic crisis that it euphemistically called the “Special Time,” another policy was to limit the expatriation of its citizens to other countries.

As the Special Time grew worse, the penalties for exiting Cuba became more severe. This is another classic symptom of major economic decline—an effort by the government to trap the population from exiting. And not surprisingly, we’re seeing the early stages of this in the EU/US.

As Doug Casey might say, the chances of a people changing a country’s direction from within are “Slim to none… and Slim is out of town.” Socialism, historically, has never ended with a gentle reversal to a free-market system. It invariably ends with further deterioration until the point of economic collapse.

When a country is clearly on the road to socialistic oblivion, the wisest decision might be to get off the bus.

Editor’s Note: Misguided economic ideas are advancing rapidly in the US. In all likelihood, the public will vote itself more and more “free stuff” until it causes an economic crisis.