Betting on a Pair of Deuces 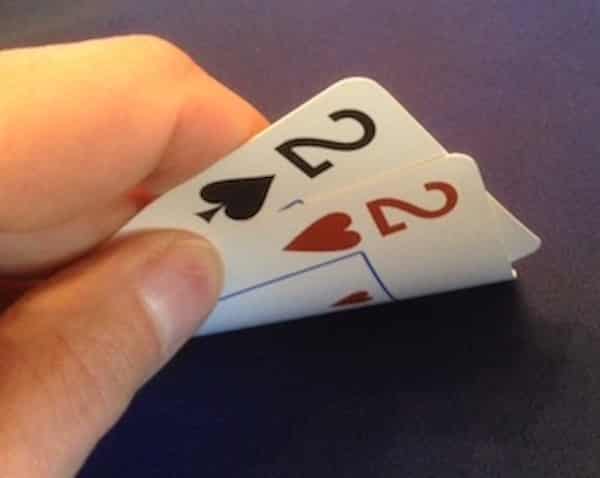 I’ve never been much of a gambler. On the rare occasions I’ve played poker, I almost always came out ahead, but I almost never bluffed and, probably more important, I always played with amateurs like myself, never with players who really knew what they were doing.

Of course, the business of governance is far more important than a friendly poker game between friends. All the more reason why, when political leaders are making their assessments as to the national future, they should make sure they have a winning hand, prior to betting heavily.

Every day, we’re reminded that the Asian powerhouse is moving ahead at a pace that’s unheard of in the West. It’s almost as though the clocks stopped in the West ten years ago, but Asia kept on advancing in every way.

This is clear to anyone who has had feet on the ground in Asia in recent years. Yet, every day in the Western media, the illusion is presented that the West is still running the show, and Asia is a lesser player.

And of course, whenever an East/West summit takes place, yet nothing substantial is resolved, the Western media reiterate that Asians have failed again to understand that, if they want to play ball, they’d better accept the Western rules and recognize who’s the king of the mountain: the USA.

An illustration of this may be a poker game in which Asia is holding a royal flush, and the West is holding a pair of deuces but keeps throwing more money into the pot, repeatedly raising the ante.

In such a game, the fellow holding the royal flush already knows he’s won. He may be amazed that his opponent keeps raising what’s in the pot but is happy to keep matching him. The more patience he has, the bigger his win will be.

His opponent, of course, is nearing the end of a long run in which he had been a consistent winner but then spent several decades borrowing in order to keep the game going.

The West is nearing the end of that run. The debt bubble is the largest in history and is overdue to pop.

Continued borrowing in order to stay in the game has allowed the West to remain at the table awhile longer, but the writing is on the wall.

Nowhere is this realisation clearer than here in South Korea.

The government and people of South Korea are keenly aware that the game has changed dramatically to their advantage in recent years.

For generations, they’ve had to accept the position of poor stepsister to Japan, as the Japanese, with both provocation and assistance from the US, have invaded and/or repressed their neighbor to the west for over 100 years.

But for the last 30 of those years, Japan has been in an economic Bermuda Triangle, unable to move forward economically and unable to take advantage of the Great Move East in manufacturing.

Although Japan continues the posture of the dominant neighbour, it now only serves as a reminder that Japan is not to be trusted, as Korea advances as a producing nation.

Elsewhere in Asia, we see the same development. As the West approaches insolvency, Asia is in the catbird seat. It’s a truism that economy does not allow a void. If one or more players takes a lesser position in the game, others will always move to fill the vacancy.

All of the more productive countries here in Asia are aware that a sea change is on the verge of taking place. Each Asian country is more preoccupied with how they can make their own slice of the pie as large as possible than with worrying over how much of the pie the West will be able to retain.

As such, South Korea, Vietnam, Taiwan, Malaysia and other countries are ramping up their ability to produce as quickly as possible.

Unfortunately, when people in the West are seeking to understand anything Asian, they tend to make the mistake of talking amongst themselves – westerner to westerner. They assume that any act by an Asian is undertaken for the reasons that a Westerner would undertake it.

They additionally assume that, whatever a Westerner’s priorities would be, they must be the same for Asians.

Not so. Asian culture is the world’s oldest, going back some 5,000 years. Their perceptions about how things work, or should work – society, government, economics, etc. – are very different from dominant perceptions in the West.

To understand the course Asians will take in creating their future, we must do so through their eyes, by understanding their perceptions and outlook.

One example is the thousands of apartment blocks erected around Seoul in recent years. Only ten years ago, the outskirts of the city were fields and rice paddies. Today, they’re the home of major residential developments. All apartment blocks being erected are at the legal maximum: 30 storeys. A given development may have over 100 such blocks and be located next to another development of the same scope.

Presently, it’s common for 20% or more of the apartments to be empty and, in fact, never having been lived in. But from the Asian perspective, this is not a problem. In fact, more are under construction. The Asian concern is not whether every apartment can be occupied shortly after construction, but rather whether the pace of construction will meet the need that will exist several years from now, when the manufacturing boom will be in full swing.

And indeed, an inspection of manufacturing districts reveals the same thinking: the construction of factories being built in advance of the need for products to roll through them.

South Korean industry fully recognizes that, when the vacuum occurs that will be left by the West, the window of opportunity will be brief. Within a five-to-ten-year period, each country in Asia that intends to be a player in the 21st century will have to have already prepared for its share of business.

When that time comes, they each intend to have as strong a hand as possible.

They face an opponent who is, in effect, bluffing with a pair of deuces, in what may prove to be the game of the century.

Editor’s Note: The battle for who will be the world’s top power is playing out right before our eyes. The rise of China is the biggest challenge the US has ever faced.

It could all lead to a complete economic collapse, unlike we’ve seen before. That’s why we just released an urgent new video on how it could all go down soon. Click here to watch it now.