All It Takes Is a Slipup or a Nudge 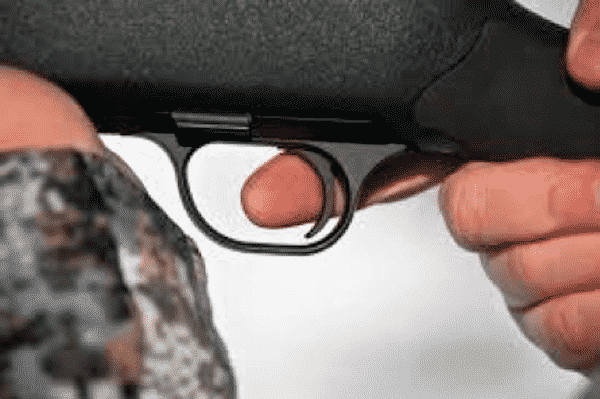 Just prior to a war, the majority of people in the nations that are about to become involved tend to assume that another nation is threatening theirs, whist their own leaders are doing all they can to avoid conflict. This is almost never the case.

The “etiquette” of starting wars is for leaders to claim to their people that the last thing they want is war, but the enemy is goading them into armed conflict and, at some point, retaliation becomes “unavoidable.”

The reason for this etiquette is that, almost invariably, the people of a nation have no desire to go to war.

But if that’s the case, why is world history filled with warfare taking place on a regular basis?

Well, truth be told, there are two groups of people who tend to relish war – the military and the political leaders.

I’ve often quoted Randolph Bourne as saying, “War is the health of the state.” He was quite correct. The larger the nation, the greater the need political leaders have for warfare. After all, there’s no situation in which a people feel more greatly that they need their leaders to take charge, than in a time of war.

Political leaders, after all, thrive on taxation and the oppression of basic rights. And they can get away with taxing a people more heavily during a war. They can also remove basic freedoms “temporarily” in order to keep the people “safe.”

Then, when the war is over, taxes never seem to return to their previous low and freedoms never fully return. With each conflict, the state ratchets up its power over the people.

And in modern times, there’s an additional incentive. Since the end of World War II, the US military-industrial complex has been displeased with the fact that peacetime means diminished revenue for them. Increasingly, they’ve contributed heavily to election campaigns for both major parties in every election.

The repayment for those contributions has always been the same – the political class must find excuses to create a new conflict as soon as another one ends, ensuring the continued revenue of the complex.

This has resulted in the US becoming the first and only country that’s in a consciously created state of perpetual warfare. The cost of this, in 2018, was roughly $600 billion – 54% of all federal discretionary spending.

Much of that cost goes to the maintenance of some 800 military bases across the globe, but the military-industrial complex is forever seeking opportunities for expansion, and having been paid for it with campaign funds, political leaders need to find excuses for new conflicts with regularity.

Presently, world leaders are doing their best to deflect taunts by the US. The self-appointed “world’s policeman” is wagging its finger at North Korea with regard to nuclear weapons development, at Venezuela, seeking to replace their leader with an American puppet, at China with regard to islands in the South China Sea and at a host of countries in the Middle East. To each of these, US leaders have said that armed aggression by the US “cannot be ruled out.” And, “All options are on the table.”

As stated above, the peoples of these countries tend to have no desire to go to war. But political leaders have a vested interest in warfare. In addition, military leaders have a stake in the game.

Imagine having graduated from West Point and having spent your military career as an undistinguished desk jockey. By the time you’ve risen to the rank of general, all you’ve done is push pencils. And yet, the reason you joined up in the first place was to become a military leader, with a chest full of battle ribbons.

This is the conundrum that taunts the more sociopathic military leaders – the George Pattons and the Douglas MacArthurs – who, once they’ve been given a command, tend to become carried away in their zeal to create their own legacy through armed combat. The greater the bloodletting, the greater the victory.

In a leadup to active conflict, such generals tend to be like pit bulls on tight leashes – straining to be released so that they can fulfil their destiny.

In almost every case, there are players on both sides who fit this description. As a result, all that’s needed is a small spark to set off armed conflict.

And generally, the provocation that begins a war is a small one. For World War I, all that was necessary was for an archduke of Austria to be assassinated, by a Bosnian teenager, while riding in an open car.

Within a month, Austria-Hungary and Serbia entered into war. All over Europe, people were astonished at how quickly other countries took up sides. France, Russia, Great Britain and, later, Japan, Greece and the US all teamed up against Austria-Hungary, Germany, Italy and even the Ottoman Empire.

Before the war ended, some four years later, some seventy million military personnel had been involved, plus countless civilians – and all due to a shot fired by a young malcontent.

In most all such cases, when a military retaliates against a minor act of aggression, the people of the respective countries hope that the scuffle will be brief, and life can return to normal. But that’s almost never the way it plays out. Invariably, there are those political and military leaders on both sides who revel in the conflict and are determined to demonstrate that they themselves will emerge as the unquestioned victors.

The technical starting point of any major war is, in fact, incidental. Most any excuse will suffice. What’s necessary is two opponents, each of whom accuses the other of attempting to foment aggression. At that point, all that’s needed to light the spark is a young soldier or agitator with an itchy trigger finger, or a politician with a show of bravado, or a military leader who chooses to break from his orders to stand down.

In many cases, if the war does not start spontaneously, a false-flag incident suffices. One country creates an event which it purports is an act of aggression by its opponent. (The recent events in the Strait of Hormuz have a distinct false-flag odour about them.)

Again, the actual catalyst matters little. Once the rattling of sabres begins, as it has, presently, in the Middle East, all that’s required to create a major war is a slipup or a nudge.

The truth is, we’re on the cusp of a global economic crisis that could eclipse anything we’ve seen before. That’s exactly why bestselling author Doug Casey and his team just released an urgent new report with all the details. Click here to download the PDF now.