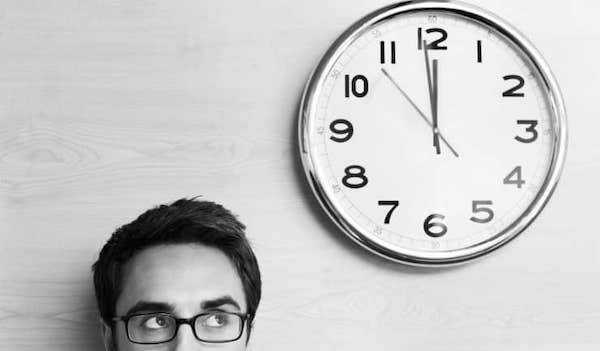 Over the decades that I’ve been an advisor to those who are hoping to diversify themselves internationally, I’ve met a large number of people who, either immediately or later, succeeded in creating a situation in which they were no longer “owned” by any one country.

It’s a simple concept, really. You might reside in one or more countries in the course of each year, although possibly none of them would be the country that’s named on your passport.

You would store whatever wealth you had in one or more countries and, again, not necessarily in the country in which you were a citizen.

You might also derive income from more than one country.

And if you had really been thorough, you might have taken on additional passports – the one consideration that would allow you the greatest assurance of freedom.

It should be pointed out that, in international diversification, there is no “one size fits all.” There’s no one country that’s ideal for those who desire to make an exit from their present country of residence.

Those that I’ve advised have ended up living, part or full time, in Asia, Europe, Central America, South America and/or the Caribbean. Each individual had different needs and priorities as well as different lifestyle preferences.

But most all of these individuals derived their impetus to leave their home country out of the belief that their home country was headed inexorably downhill and they didn’t want to be on that particular train when it went over the cliff.

Virtually all of them, after having diversified themselves, were extremely glad they’d made the move and wished that they’d done so sooner.

But it should be said that only a very few people in any at-risk country realise that a crisis is headed their way and that they need to make a move or stand to lose their wealth and their freedoms.

It should also be said that, of all the people who pursue an exit as an objective, very few actually ever pull the trigger. Human nature dictates that, as long as conditions are tolerable where they are, they tend to remain there, even if they recognise that their future in that country may become intolerable.

It’s clearly difficult for most people to face the unfortunate truth of what’s facing them, but far more difficult to actually implement an exit plan.

Almost all people will, by their very nature, put off a decision that will ensure them a better future. Instead, they’ll wait until events have so overwhelmed them that they must scramble to get an exit plan into place and implement it.

As prevalent as this tendency is, it’s likely to doom them to remain where they are.

Well, historically, whenever a nation or empire is in its death throes, there’s still a great deal of prosperity and good living to be had. For the moment, life remains good. But as a dramatic decline approaches, governments begin to remove the rights of the individual.

First, capital controls are implemented, limiting the ability to expatriate wealth. (This is already well under way in most First World countries.)

Then, migration controls are implemented, making it difficult or impossible to physically exit the troubled country. This is typically done by refusing new passports and renewals, and confiscating existing passports due to “inappropriate” or “non-allowable” travel plans. (This has begun, but is not fully implemented.)

Of course, once an exit is refused, the writing is clearly on the wall, and the point at which conditions become intolerable has arrived. But it’s now too late to effect an exit.

And again, this is nothing new. For millennia, governments in decline have attempted to trap their more productive citizens (and their wealth) within the country’s borders.

Very tellingly, the Fall of the Roman Empire came about when the merchant class closed up their shops, packed their carts and began to move north to live amongst the barbarians rather than live in a Rome where the government was increasingly taxing them to pay for endless entitlements and warfare.

Then, just as now, an effort was made to stop the taxpayers from making an exit. The only difference is that, today, governments are better at it, through the use of technology and mandatory documentation.

As early as the sixth century BC, Lao Tzu wrote,

Act before things exist. Manage them before there is disorder.

And this is exactly what we’re saying here.

Create an exit plan before it’s necessary to implement it. Get all your ducks in a row. Then, if an event arrives suddenly on your doorstep that confirms that it’s time to make a move, it can be done quickly. (Those who hesitate may be trapped.)

But it can be argued that these are different times we’re living in. Surely, Lao Tzu didn’t understand what exists in the present day: sophisticated governments that have the wherewithal to create restrictive laws, remove the wealth of the average individual through continual inflation so that he can’t afford to make an exit, and create a police state and immigration force that together can make it impossible for modern people to be able to control their own destiny.

Well, let’s ask him to weigh in on that one:

The greater the restrictions and prohibitions, the more people are impoverished. The more advanced the weapon of the state, the darker the nation.

Whilst it’s quite true that technology has advanced dramatically since Lao Tzu’s time, human nature has not changed at all.

Those who seek to dominate almost never seek to serve a people. They do so, so that they might establish and maintain a parasitical relationship with the people.

In almost all cases, they can be expected to slowly increase their power, then use that power to drain the people of their wealth as much as possible.

Their only limitation in this latter effort is their degree of power. The greater the level of freedom a people possess, the less they can be drained by their government.

Conversely, the more power a government can attain over a people, the more they can squeeze… and get away with it.

But as a nation approaches a systemic collapse, the sheep must be kept from straying to other pastures and, for millennia, governments have created pens to contain them.