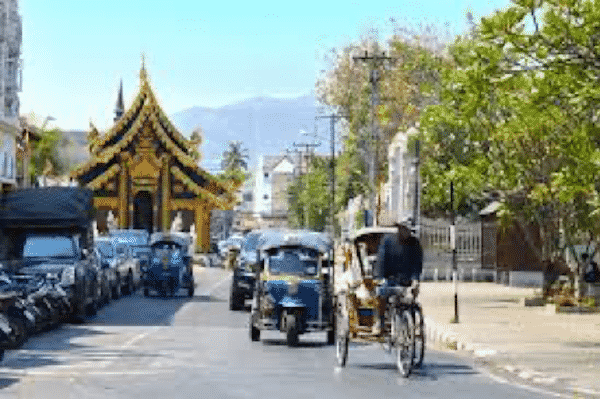 This is not just happenstance. It occurs for a reason. It’s the most effective way to ensure that peaceful coexistence and mutual benefit are maximized over the long haul.

So why then, do so many societies seem to begin this way, but eventually devolve into just the opposite? The answer is that they grow to a size in which leaders are no longer equal members of the community, but are in a position above the rest.

The ideal size, therefore, is a small society. The ideal leader is an equal member of the community. In fact, this is what keeps him in check.

All right, that’s a nice philosophical observation, but of what value is it to the reader who is up to his neck in bureaucracy and may even live within a collapsing socio-economic system?

Well, people are not potted plants. They have the ability to exit a community that has become overtaxed and corrupt and seek out a community where the leadership has not yet reached the point that’s detrimental to the well-being of the citizenry.

We’re at a tipping-point. The former Free World is approaching a crisis, and all of the countries that make up that bloc are now teetering on the edge of socio-economic decline and, in some, political decline to boot.

In a crisis, if you live in a community that’s already corrupted, it won’t suddenly become enlightened in a crisis; it will likely become unlivable. If you’re one of the only sane people in an asylum, the odds are high that you’ll become a casualty.

Europe, for millennia, has been fought over by tribes seeking to displace each other. Beginning in the early sixteenth century, a new idea arose to seek conquest outside Europe. That meant Asia, Africa and the Americas.

First, European powers created colonies in the far-flung destinations, then they began to fight over those colonies. But one by one, the colonies broke away on their own. Some, like Australia and the US, continued to trade with Europe, prospering in the good times and jointly waging war in the bad.

Not surprisingly, this process only served to maintain the tribal conflicts, although on a grander scale. This ensured an endless competition for power, both at home and abroad.

And of course, the quest for power breeds corruption and oppresses those at home.

But what of those countries that, for whatever reason, were overlooked, or who dropped out of the fray and sought only to be left alone, to maintain the natural order of peaceful and mutually beneficial co-existence? Do they even exist?

Well, in fact they do.

I’m presently in Thailand – the only Asian country that was never colonized by Europe. It was never fought over; Europeans never drew arbitrary lines on the map. The borders exist due to natural boundaries such as mountain ranges, isolating tribes that more or less got along from those that did not.

To be sure, there have been inroads from the outside world, in some cases dramatically changing parts of Thailand. Bangkok, the capital city has become a modern-day Shanghai, a place where vice is king and a ladyboy can be had for forty dollars.

Then, there’s Phuket, which specializes in Southsea-image tourism: clear blue water and a pricey mixed drink with some fruit and a little paper umbrella.

But if, like me, that’s not exactly what you had in mind, if what you’re seeking is more along the lines of a stable community where there’s a significant work ethic, the government doesn’t tax you to death and the people are both kindly and honourable, there is Northern Thailand, which bears little resemblance to the westernized cities of the south.

The largest of these, Chiang Mai, is in the extreme north, and is a city where people have had less exposure to western ways and retain the basic principles of community. Here, you can purchase a home for less than in the West, plus a farm just outside the city limits where workers can be hired inexpensively. Food and peace of mind are in abundance.

To be sure, the Thai language is quite alien to westerners, but enough English is spoken in Chiang Mai that that becomes relatively unimportant. Life is both fair and relatively predictable for the farang, or westerner, who may be seeking a respite from the Western decline.

Then, there’s Uruguay. Uruguay was for a time a Portuguese colony, attached to Brazil, but broke off in 1828 and began a life of quiet independence.

The Uruguayan people have a penchant for neutrality and sat out both world wars. Further, they’ve avoided disputes with neighbouring countries. Today, Uruguay exports less than ten percent of what it produces and imports only ten percent of its needs. It’s therefore substantially unaffected by major changes in world economics.

Uruguay produces far more meat, produce and wine than it can consume, so, even in recessed periods, the population muddles through without significant problems.

Like Thailand, its capital, Montevideo, tends to be busier and more international than the rest of the country, although it’s far tamer than Bangkok. In Punta del Este, it has its resort town that, like Phuket, relies on tourism that its beaches attract.

But to the west, there’s Colonia del Sacramento, a quiet town that has all the supermarkets, shops and other infrastructure needed to sustain a good life, plus a quiet little café society where crime is almost non-existent and local people treat newcomers well. It helps to speak Spanish, but is not essential. And like Chiang Mai, a certain isolation from the First World has made possible the retention of the basic values of community. Everywhere you go, people treat each other not only with consideration, but with a genuine desire to be helpful.

Chiang Mai and Colonia del Sacramento are but two destinations in the world where it’s possible to immediately leave much of the strife behind. There are many others. And each has its own attractions.

It’s important to recognize that there’s no “best” destination, there’s only an assortment of choices where the individual may dial in his personal priorities and preferences in order to select an alternate residence that works well for him.

At a minimum, this provides a location where he may visit repeatedly, or which may become a second home.

But in addition, if his primary home is in a country that’s in decline and is soon to become less than acceptable to him, having an alternate already prepared will allow him the freedom to make a move – suddenly if necessary – to a location where it remains the norm for people to treat each other with equanimity and consideration.