If you want to learn how to find a good real estate deal, avoid the crowds. Any asset works under the laws of supply and demand – the more attention an asset receives and the longer this happens, the likelier it is the price has been bid up.

This doesn’t mean that a certain location is bad for investment just because people are talking about it. It just means that you have to be careful, as you will likely overpay.

Almost as important as knowing how to find a good real estate deal is knowing when to walk away from a real estate deal. Know the value of your money and don’t misspend it simply because others tell you to jump in.

Think of it as a luxury item that costs the company a handful of cents to produce, but is sold to you for hundreds of dollars because a marketing department has created interest in it. Brand names aren’t necessarily indicative of value. This applies whether we’re talking about luxury items or real estate investing.

Every country and region is a brand name, and this can work in favor of or against their investment markets. I don’t like being swayed by what other people say about how I ought to value something.

I’ve always been a contrarian and rooted for the underdog. Admittedly, this line of thinking has also affected my real estate investing strategy and the investment markets I have been willing to consider.

At Nomad Capitalist, we’re constantly tracking real estate data, indices of economic freedom, laws, etc. So, it’s not uncommon for me to go to new investment markets that people often can’t even find on a map.

I want to bring these countries to your attention. This list is made to showcase those opportunities that I think are being overlooked. These countries are opening up to foreign capital, immigration, lowering taxes, and more that make them (potentially) attractive investment markets.

I’m not necessarily saying that I’m presently investing in these countries, I’m just highlighting that they are interesting to observe and may lead to great profits if you know how to move your way around the country.

Some of the countries I mention may not pan out but have interesting trends nonetheless.

These five little known investment markets are ones that investors should watch as their potential development and profitability far exceeds how much attention people are giving them. 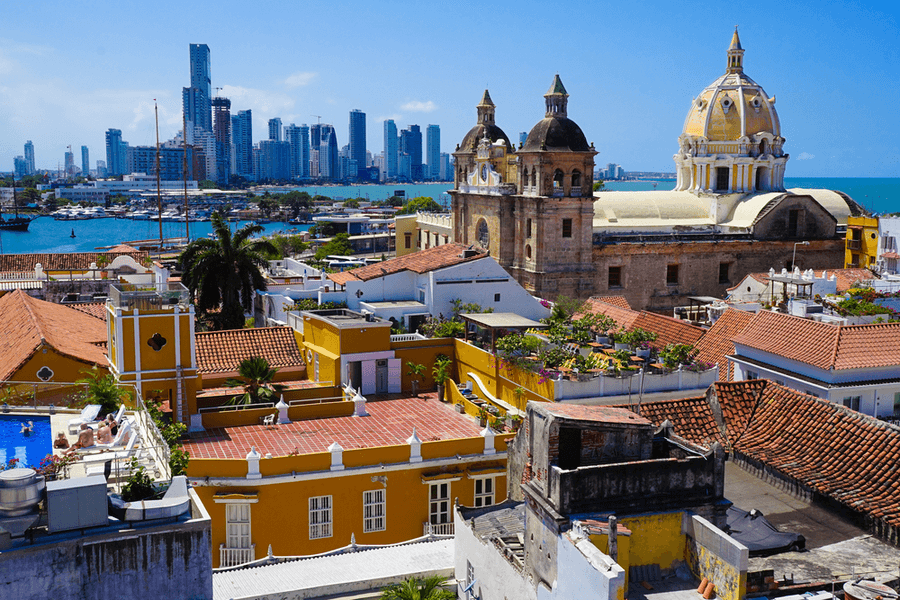 Although it has been on our radar for a long time, Colombia is one of the best investment markets that no one is talking about.

When you look at investor talk in the Latin American region, Colombia is often overlooked.

It has a less than savory reputation because of its drug-fuelled past, but it has since been rehabilitating itself, which is why I like this market.

It’s one of the freest economies in Latin America and it’s also open to immigration.

It still has aspects to improve, such as its financial system not being particularly foreigner-friendly, but it is trending in the right direction.

Latin America has its own way of doing things, so you have to adapt to the local culture. By some metrics, it’s growing faster than Asia now – and Colombia is among the better performing investment markets there.

I recently invested in a property in Bogota where I think we did quite well with the price. Primarily, I bought it as one of my trifecta lifestyle homes, though I do see good potential for real estate value appreciation.

We are big proponents of investing in Colombia real estate here at Nomad Capitalist. So strongly, in fact, that I’m purchasing more real estate there in the coming months. 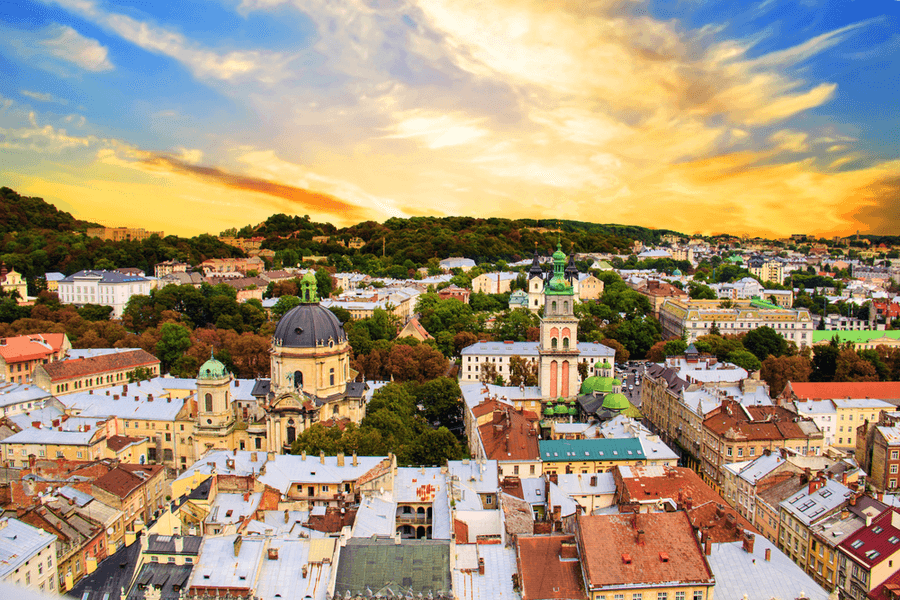 With a new president, this country may be heading in the right direction.

This is another one of those countries where its infamy precedes its reputation. But I would argue that this is unfairly so.

When I talk with people about Ukraine, the main thing that springs to mind is Chernobyl, which was over thirty years ago! After that, the most they know about it is what they’ve heard from the Trump phone script scandal and the Russo-Ukrainian conflict.

Be that as it may, I remain optimistic about the future prospects of the country. I’m quite curious about what the novel developments will be with the new president who only took office in May 2019, especially as Ukraine real estate has already been appreciating since then.

As such, investors are positive about the likely changes this transition in leadership might bring to the country.

In my estimation, the best time to buy was four or five years ago, but there are still great deals out there. However, investing in Ukraine real estate remains an interesting option. If you’re considering it, I would suggest investing now as you might miss the best prices entirely.

I’ve also previously recommended the country as a good staffing location – I even named it as one of the Best Countries For Hiring Remote Workers. The reason is simple, wages are quite low, to the point that it would only cost you around €120 per month to hire someone to do coding. And I quite like their culture as Ukrainians are focused, on-the-ball, and tough. 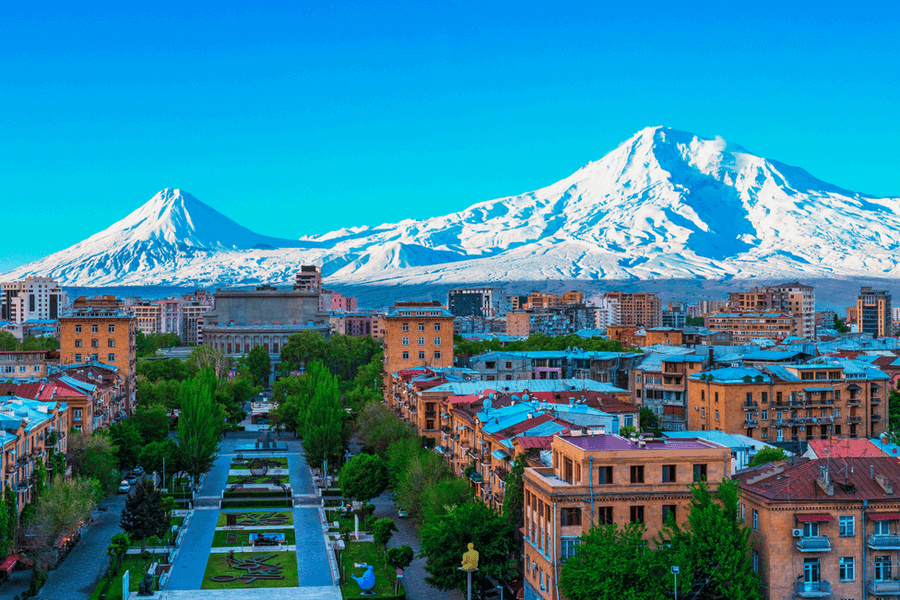 Armenia is another one of our favorite investment markets.

If you’ve followed Nomad Capitalist for long, you’ll know that Armenia is one of our favorite investment markets. I strongly believe in the nation and the culture.

The Armenian diaspora worldwide is particularly large, but they never forget where they’re originally from. They’re also quite entrepreneurial, so when they make their fortunes abroad, they tend to siphon it back to the country.

This ensures steady foreign capital investment in Armenia and stabilizes the exchange rates, which makes it quite worthwhile for me as a foreign investor as I can invest without fear.

Because of this stability, I even named the Armenian Dram among the world’s most stable currencies out there.

Just to give an example, over the last five years the Armenian Dram began trading at 4.76 to 1 USD and at the end of the period it was trading at 4.78, so essentially a push, and completely stable in relation to the U.S. Dollar.

This wasn’t because of some grand governmental policy where they pegged the currency to the dollar, but simply because the currency is in demand.

With this in mind, there is a new government in power, which does seem to care about turning Armenia into a competitive country on the world stage. I’m optimistic about them but I do think that they will move a bit slower in reforms than other countries.

I’m bullish on Armenia for many of the same reasons I am positive about Ukraine’s investment markets: they have particularly strong human capital. The people are naturally hard-working and entrepreneurial.

So, despite being a small country, I see great potential here. And if history is any guide, oftentimes the smaller countries are able to overcome the obstacles placed in front of them through smarts and good use of human capital. 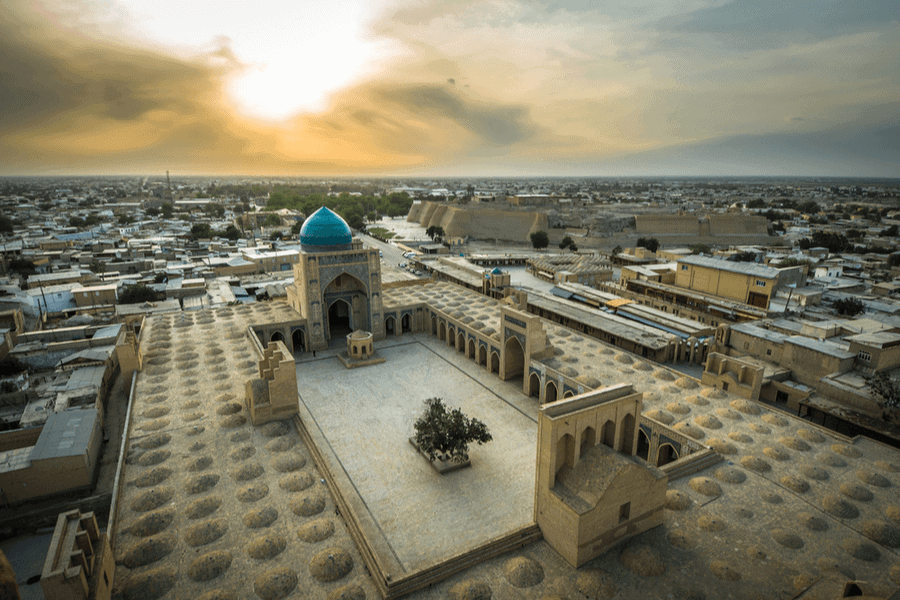 This little-known country is one you will want to keep your eye on.

This is likely to be the most exotic option on this list. Ask most Westerners about this Central Asian country and I would be surprised if you get anything other than a blank stare.

As such, even bringing up the prospect of investing in Uzbekistan would be seen as crazy. But I like a challenge, hence I’ll put it up for debate.

So far, I will admit, I’m an observer rather than an active investor. I don’t quite know what to make of it. But the country came on my radar when my business partners in Georgia began to say that they were seeing the type of reforms there that had happened in their country in the early 2000s, giving it a massive economic push.

Naturally, being a fan of investing in Georgia, I’ve decided to check it out, and hopefully, get in on the ground floor.

My research has led me to believe that it’s still the early days for investing in Uzbekistan. The country is slowly opening up to foreign capital, though there are still restrictions in place for owning real estate. However, I believe they are heading in the right direction of making it accessible.

I’m a bit hesitant now, as I still don’t know what to make of the situation. But remember, the best time to go into profitable investment markets is when things are still a total mess. Once things have normalized and there is a formalized process in place, the prices jump overnight and everyone who managed to get their cards in order beforehand earns a fortune.

It reminds me a bit of when the Soviet Union fell and there was a mad dash on assets during the ’90s. Those who overcame the obstacles are the people we nowadays know as billionaires and oligarchs. 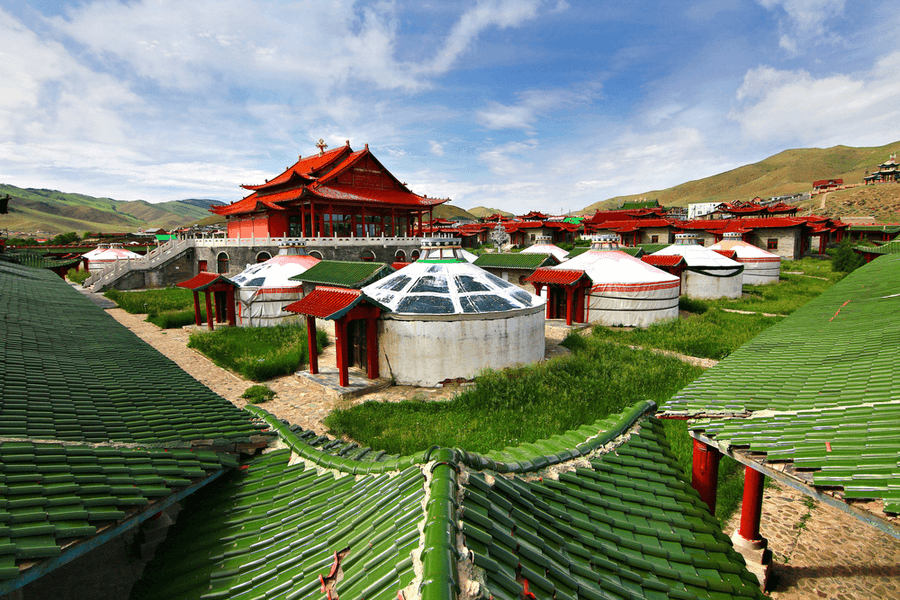 Mongolia used to be one of the most overheated investment markets around, but now that things have calmed down, it’s worth giving a look.

For a while, I had written off investing in Mongolia as an overhyped frontier market. I constantly heard people asking for investment advice or tips for buying real estate in relation to this country.

And I’d seen that type of behavior before in Myanmar. I’m not particularly prone to jumping on bandwagons. I’m very careful with where I put my money as I hate risk, so this self-perpetuating speculation cycle scared me off.

I did, however, interview an experienced investor in Mongolia to satisfy my readers’ demands to discuss how and where to invest in Mongolia.

But if you want free real estate investment advice to save you millions, it’s this: using hype to determine the best investment markets is a surefire way to leave you broke.

Mongolia is a country that is very resource dependent, and it is sandwiched between Russia and China so its wellbeing primarily depends on those countries’ feelings towards it.

Consequently, because of this dependency on certain factors, its economy is somewhat artificially propped up and can give you the wrong impression.

But, as happens with bandwagons, someone decided to get off of the Mongolia bandwagon, and everyone followed suit immediately. Ironically, now that it’s not an overheated market and it has been beaten up a bit for fair measure, it’s an interesting prospect again.

So, while I’m not about to jump in myself, I am keeping an eye on it as a potential opportunity. The trick is to decide whether it remains overpriced, despite the lull in speculation, or whether it is fairly priced or even undervalued.

I will keep my eyes open for it and consult with my friends who are experts in Asian investment markets to make a decision about it.

Beyond any other metric that you care to mention, culture is important. How people think and how they act when faced with an obstacle is valuable information.

If they are not adaptable or hard-working, why should a nation full of people with such a mindset ever do well?

All around the world, there are countries with the capacity to be fantastic economic powerhouses, but for some reason or another, their progress was halted. It might have been that they didn’t have the technology, the business know-how, the capital markets, or the political system to move forward.

But the culture is there. And now they’re in a position to rise up to face the challenge, and you can make a tidy profit by helping them do so.