5 True Passports by Investment With NO Donation

Increasingly, countries have realized that passports are an asset just like any other. There is demand and the government controls the supply thereof.

As such, some countries have decided to commoditized what was previously taboo to sell – second citizenship. This is an excellent opportunity for wise investors who want to include a second passport in their offshore strategy.

Yet, as with diamonds, where a monopolistic cartel controls the supply to artificially inflate their worth, the same has happened with passports. If you want to get quick citizenship in Europe, for example, you will have to make a one-time “donation” of €650,000 to the Maltese government, plus more investments where you buy assorted assets worth as much as another €650,000.

That’s a fairly steep price, even if we are talking about people in the top 1% and above.

It’s when confronted with the actual price tag that one pauses and begins to ask whether having an offshore plan at all is worth it. But this is the wrong way of looking at things.

There are two prime reasons why people ought to consider obtaining passports by investment:

Any offshore strategy must keep these two reasons under consideration. It’s not a game where you win if you get the most passports by investment or otherwise as possible over the course of your lifetime.

You should go for the ones that are worthwhile and will help your life. And sometimes paying for those second passports by investment might be the way to go.

Be that as it may, let’s say you are a person who would like to live abroad and have a backup plan but aren’t keen to “donate” so much money to a random government. You want a true second passport by investment, not donation.

Is it possible to get a second passport that doesn’t come attached to a non-refundable bill with quite so many zeroes?

In this article, we will look at five different countries where you can do just this and get second passports by investment – no donation required – without having to pay through the nose to get one.

Full disclosure: I’m a citizen of this tiny island nation in the Caribbean.

I opted for the donation of $100,000 as I couldn’t be bothered with being on the hook for years on end and I didn’t want to buy property there. I wholly recommend it, it’s one of the least expensive options out there.

However, if you don’t want to go down the donation route, there are two options, each with their benefits and drawbacks:

Typically, you have to buy about $500,000 worth of zero-interest government bonds for five years to obtain this second passport. However, the government recently created a temporary “COVID-19 discount”, and if you invest before the end of the year, you only have to pay $250,000, though the hold period is now six years.

If you are still dead set on retaining a five-year maturity for the government bond, as was originally the case, you can opt to pay $300,000 and the holding period remains as originally planned.

I’m very selective about places where I invest in real estate and I’m not overly fond of the Caribbean.

Given how only certain real estate investments are eligible for citizenship by investment, you and everyone else will pool into the same buildings, which just becomes a game of hot potato – eventually, the regulation changes, and you’re left holding an overvalued asset that nobody is interested in.

Overall, I would recommend this second passport as the country has no income tax for revenue derived from abroad, plus no inheritance or wealth taxes either.

Besides that, everything can be done online, without having to set foot in the country to get St. Lucia’s passport by investment. If you want to learn more, check out our ultimate guide on St. Lucia’s citizenship by investment program. 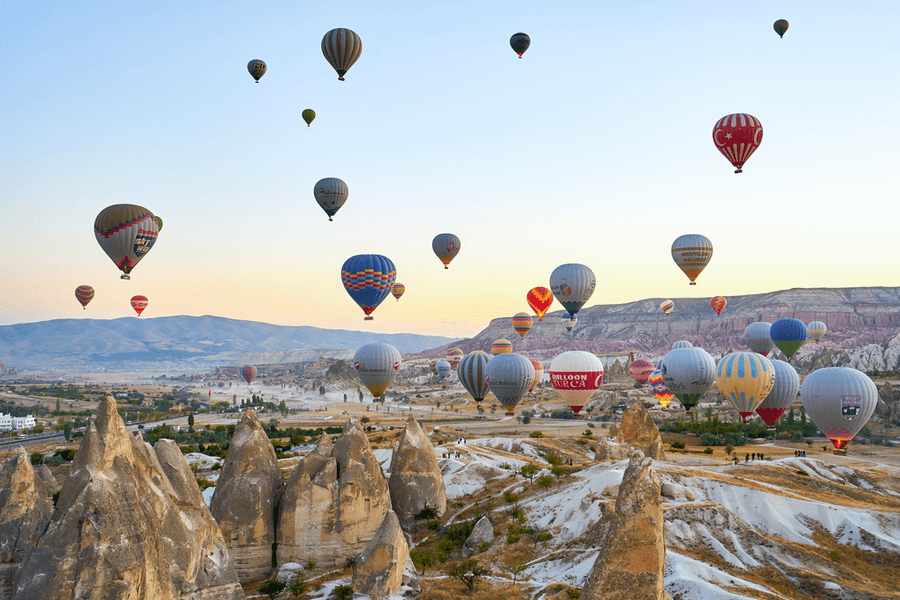 There are three ways to obtain Turkish passports by investment.

We have spoken at length in the past about the citizenship by investment and real estate opportunities in Turkey. We even named Turkey one of the best countries where you can earn a profit by gaining citizenship.

Cards on the table, I’m very bullish about the economic future of the country. This is due, in part, to the fact that international investment has largely been scared off since President Erdogan began gaining more power.

As such, the Turkish Lira has had a steep decline in value over the last half-decade, which has made investing there potentially very lucrative if you have a mid to long-term view.

But partially because of this considerable depreciation, the government has experienced an increasing need to bring back foreign capital.

Turkey’s real estate citizenship program was initially a steep $1 million. But following the depreciation, it was dramatically slashed down to $250,000, which has opened the floodgates for us at Nomad Capitalist.

While Turkish citizenship is not my prime choice as a westerner, especially if you are foregoing a US citizenship, it is a very good compliment to a passport portfolio as it opens up visa-free access to many countries otherwise barred by the West.

Be warned though, there are frauds aplenty where unscrupulous real estate agents try to scam you. To combat that, we have someone on our team here at Nomad Capitalist who speaks Turkish fluently who has constantly found fantastic deals.

These investment opportunities are interesting without any additional benefits, and if they come bundled with Turkish citizenship, then I’m particularly interested.

Besides real estate, there are two other options that will qualify you for Turkish citizenship in a matter of months. You can either start a business and hire 50 people or invest $500,000 in various bank accounts and hold it for three years.

The good news is that you can keep it in USD, so you don’t need to have exposure to the Turkish Lira if you don’t want to.

The slight caveat is that Turkey doesn’t offer much in deposit insurance, but the Turkish citizenship by investment program doesn’t stop you from putting those amounts in various accounts held by separate banks, so you can at least diversify.

Sadly though, the interest rates for holding USD aren’t particularly exciting as they hover around roughly 0.1%.

With all that said though, it’s a good option if you’re liquid.

Turkey offers what we refer to as a “Tier C passport”. It doesn’t have easy access to the US or the EU but provides visa-free access to many areas in Asia and South America. You can learn more about Turkey’s citizenship by investment program in our ultimate guide. 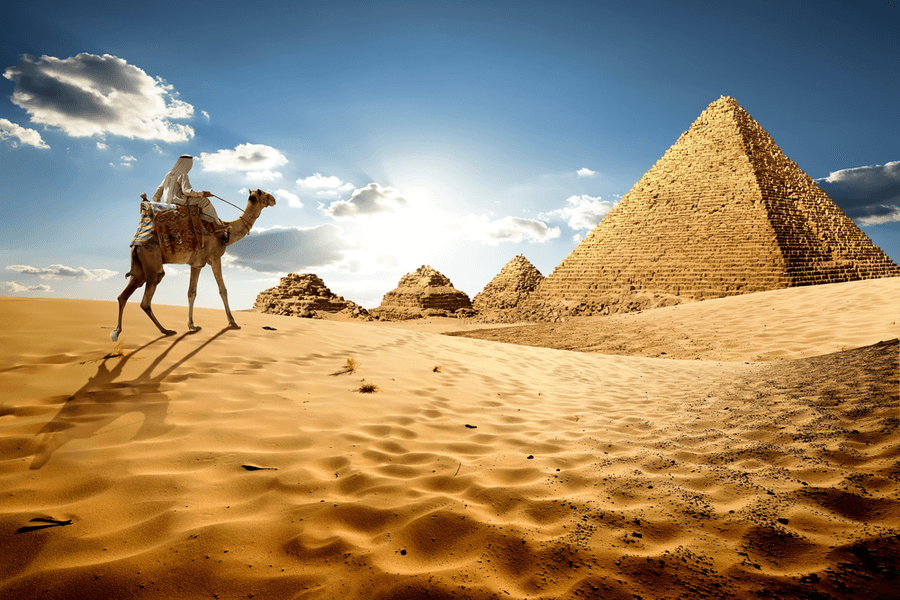 Egypt’s citizenship by investment program is a newcomer.

When it comes to obtaining passports by investment, Egypt is a completely new option that hasn’t been properly finalized. A lot of details remain to be determined but what is known is that if you keep seven million EGP in the bank (c.$432,640), you will be able to get Egyptian citizenship by investment.

In November 2016, the Egyptian Pound was unpegged from the dollar and the currency has had a bumpy ride ever since. But the volatility has been in the currency’s favor as of late, as it has marginally appreciated over the last year.

The one benefit is that the interest rates are around 8.25%, so it’s a high rate of return just by keeping currency in the bank.

The value proposition of Egyptian second citizenship is up for debate though. It doesn’t allow for visa-free travel to many countries and, from a tax standpoint, it’s average at best. 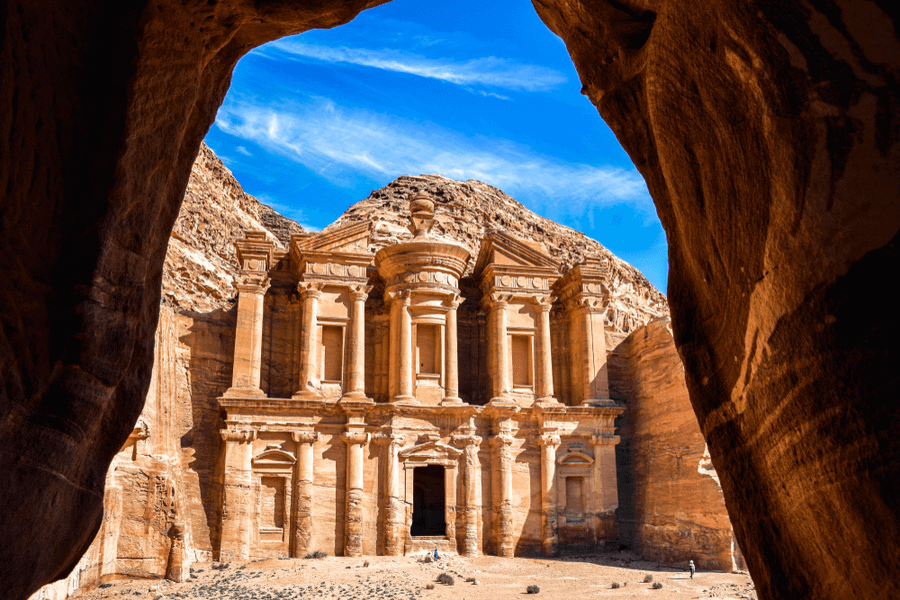 Jordan’s citizenship by investment program asks too much for too little in return.

Jordan citizenship by investment is not something that is often mentioned, even among nomad circles.

However, beyond the fact that Jordan does not offer a particularly strong passport, it’s immediately evident why it’s not often talked about – it’s far too expensive.

There are several ways you can qualify for Jordanian citizenship:

Part of the reason this program is so expensive is that Jordan is among the recent wave of countries attempting to capitalize on the sale of citizenship. Given that this is a novel experiment, they’re essentially trying to see what they can get away with.

To my knowledge, nobody has taken them up on the offer quite yet. 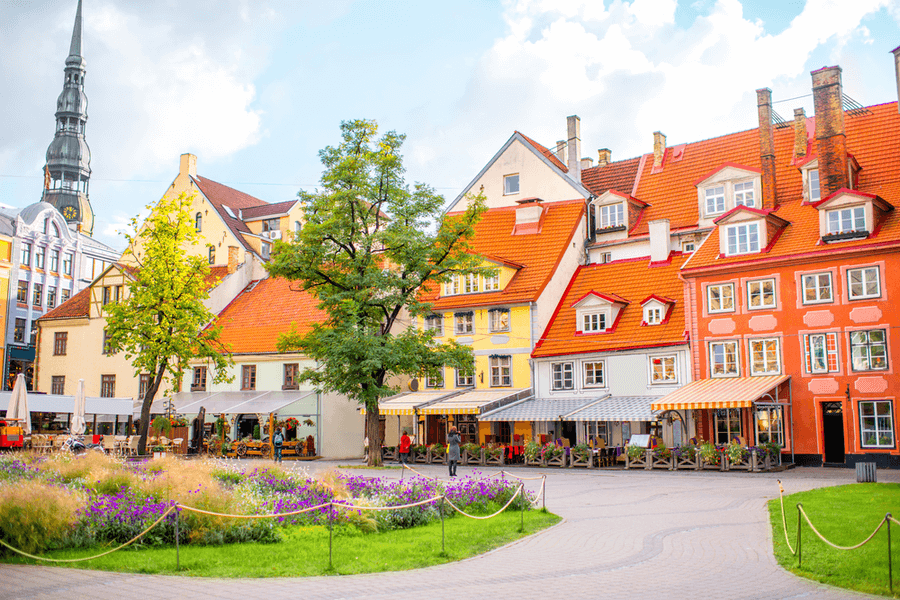 Often, when we consider European second passports by investment, they tend to be incredibly expensive and cumbersome.

But in Latvia, it’s fairly straightforward: you have to put €280,000 in subordinated debt with a bank (meaning that if the bank were to go bust, you wouldn’t be first in line to be repaid among the creditors), and you can get a residence permit which you can easily renew.

After ten years, you can become a Latvian citizen.

The issue though is that, unlike the other options discussed on this list, there is a requirement to live in Latvia to get the second citizenship.

As such, there are bound to be tax consequences, and given that Latvia has a 9% corporate tax rate, and a 24% personal income tax rate, it’s not exactly the best option out there. It might not be worth it if you’re a 7- to 8-figure entrepreneur.

Bonus: Residence But No Citizenship 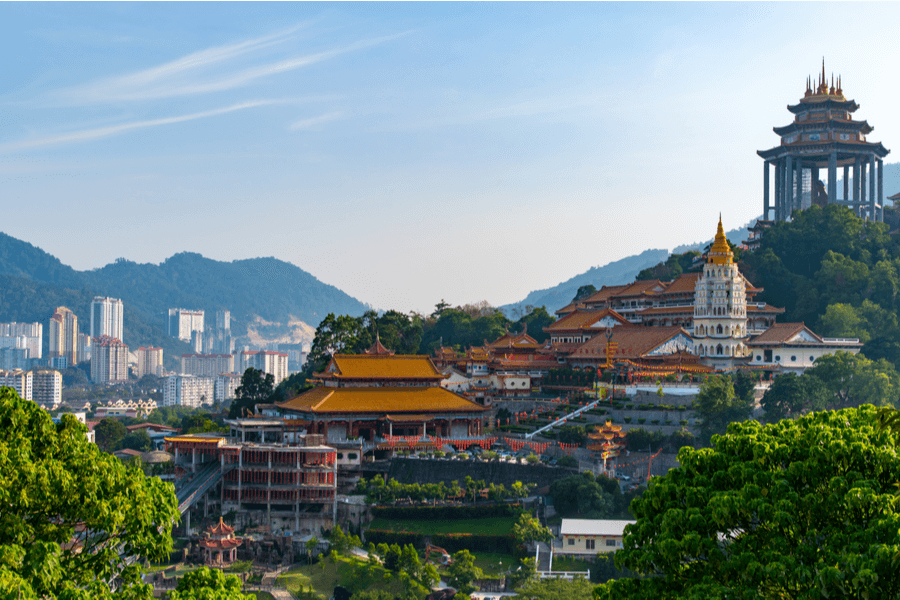 While it will not lead to citizenship, Malaysia’s MM2H program is a great option from both a lifestyle and tax perspective.

If what you want is simply a change of scenery, or to be able to live somewhere without high taxes, then perhaps it’s better to look into second residences that won’t lead to citizenship.

In this way, you can earn some money from the interest rate hovering around 3%, and given that it was recently beaten up as a currency, in the medium to long term it will appreciate.

I chose it because it’s an exciting country with a lot of prospects. Besides that, it has zero tax for income derived abroad.

Thailand is another territorial tax country, like Malaysia, where you can have close to no taxes. Additionally, I would count Panama as another easy residency and possibly citizenship (though I would not advise it as you would have to renounce other citizenships). The only real requirement is having $5,000 in a bank account.

Passports By Investment vs. Donation

Going through this list, you might have noticed something – you tend to get what you pay for.

In a lot of programs without a “donation” requirement, you will tend to pay for it via some other hidden means.

Primarily there tends to be an opportunity cost, as governments often use their passport by investment schemes to push industries that they’re interested in – Europe is pushing real estate and startups, for example.

Often, it will be blatantly clear how the bureaucrats might have a veiled interest in the matter, as is the case in some of the Caribbean real estate programs where only a small slice of the available real estate is allowed to qualify.

It might not initially seem so, but it might be easier and cheaper to simply cut a check and make the donation to get a second passport. Although, as with Turkey’s program, there are some diamonds in the rough.

The best way to know you are getting a good deal suited for you is to work with someone who knows what they’re doing who can help you find where you would be treated best.

That’s what we’re here for, so feel free to reach out to get started and we can help you build your holistic offshore plan – passport considerations included.