I’ve been talking for years about the benefits of hiring overseas to lower your business costs, get a more motivated workforce that you can build a stronger connection with, expand in new markets, and have a greater pool of people to choose from in multiple countries that have more people looking for work.

I’ve specifically talked about hiring in Eastern Europe. This is a place where I have had success in running ads and hiring before.

What I haven’t done before is give you a step-by-step process by which you can do the same.

So, today, I’m going to walk you through the process of one job ad we placed. I will go over each of the numbers through our job ad funnel and share my insights with you from our most recent round of hiring. 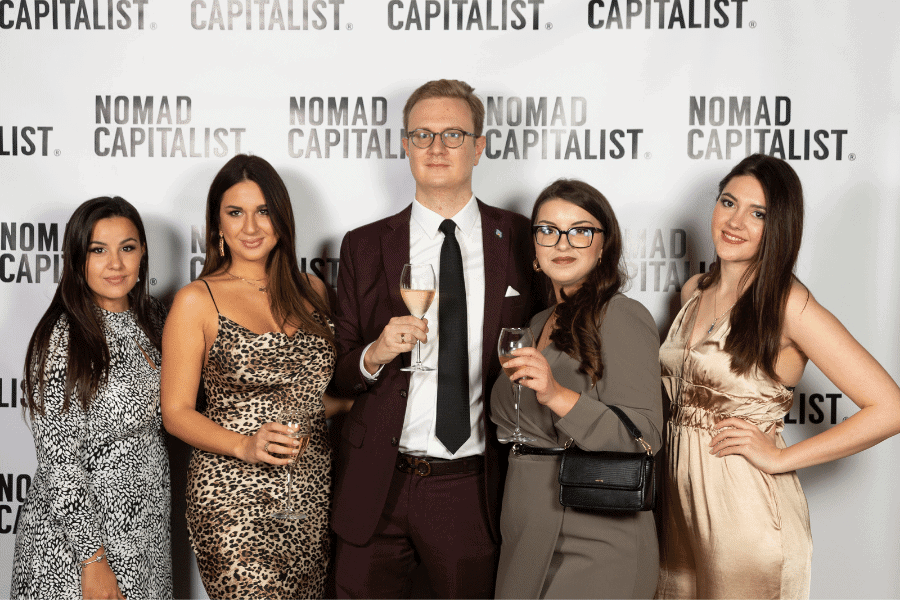 We have had great success hiring talent in Eastern Europe in countries like Serbia and Armenia.

Before I get into that, I’m going to give you a little bit of background. For years, I have been talking about how countries in Eastern Europe – the Balkans, Armenia, etc. – offer a great value.

They’re oftentimes less expensive than some of the more widely discussed countries for hiring employees such as the Philippines. I’ve had a number of entrepreneurs come to me over the years who have people working for them in the Philippines. Some of them were very happy with that.

But some of them were not so happy.

Every time I talked to the folks who weren’t happy, I found that they were paying a lot more in Asia – essentially, the “name-brand” offshoring countries – than they would be paying in Eastern Europe.

In a couple of these cases, I actually helped people move underperforming team members in Asia to Eastern Europe and they got better performance for a lower cost.

With today’s technology, you can hire a location-independent team from nearly anyplace throughout the world.

The job ad that we placed in this example was targeted to Serbia. Serbia and Armenia are two of my favorite countries to hire from in Eastern Europe.

We’ve tried a lot of different countries over the years, including countries all throughout the Balkans. At one point we were recommended Romania, but it seems like a difficult place. We’ve had trouble in Moldova. And Ukraine is very interesting. English is not as widely spoken there, but if you’re doing things like coding, it may be a good option. However if you’re doing administrative work as we do, that’s not going to be as ideal.

Serbia and Armenia have been two of the good ones. So, we decided to run our job ad in Serbia.

WHAT PLATFORM SHOULD YOU RUN YOUR AD ON?

Generally, what we do here at Nomad Capitalist is hire to deepen our teams.

When you become our client, you first go through the whole strategy process with me and the strategy team. Then, you go to doing the work – we have a bunch of people who fill out forms, set up bank accounts and do all the little nitty-gritty parts of the process.

What we were looking for with this ad was to hire more people to do things like filling out forms. I wasn’t necessarily looking to hire based on skills because we can teach people these skills. We can teach you how it works.

After all, there aren’t many companies like us out there, which means that there are not a lot of other companies where you can get experience filling out bank account forms in the different countries that we deal in or setting up residences for clients in various countries.

So, even if I wanted to hire for skills, it would be difficult to find people with this experience and skillset.

What we’re doing for these more entry-level administrative jobs is hiring for attitude and then training for skills. This may be a different situation than what you might have if you’re hiring an executive.

What I’ve found for those types of jobs, though, is that Facebook is the best place to go. LinkedIn is going to have a lot of people who already have the skills. These are people looking for high-pay. They already want to step into a management position.

For us, we’ve really had a lot of success promoting from within – bringing people in at a base level, and once in a while one of them really rises to the occasion and they’ll rise through the ranks, we’ll make them a team leader or something similar.

For our jobs, Facebook works even better than local job ads. There’s a job board in Serbia called Infostud. We’ve got a lot of job applications from that, but what followed was a lot of no-shows and unqualified candidates. Facebook has really been the best for us. 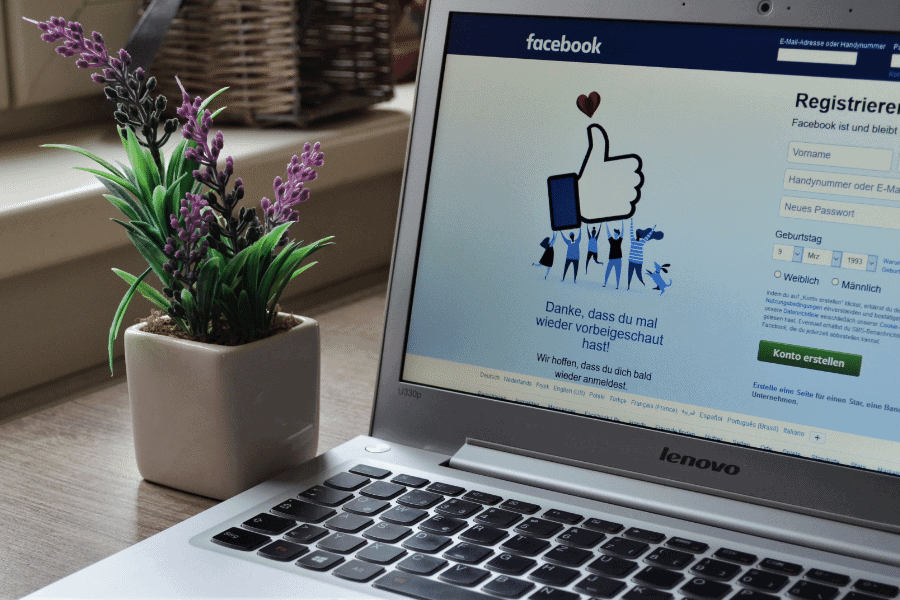 Facebook has been a great tool for us to run hiring ads overseas and reach a wide pool of talent.

We ran a number of campaigns. By the time we ran this particular campaign, some people had seen our job ad and then kept seeing it over the last six to twelve months.

Further study of marketing tactics can help you come up with a plan for running the ad that will get you the best results. I’m not a Facebook Ads expert by any means. I’m sure that if you are, you could optimize this to get even better results.

To reach that, we had to reach about 145,000 people with a frequency of two, so every person on average saw the ad two different times.

(We actually got 87 clicks from people who were 65 years and older.)

We did run this to people who have tagged themselves as speaking English, although we did find from some of our team members that their parents who didn’t really speak English had seen our ads. They spoke a little bit and must have entered it on their profile, so it factored in. Even though you say you speak English on Facebook, that doesn’t mean you are speaking English on a level that would make me hire you.

We set up a careers page. I followed the advice of a digital marketer who says to make your careers page a sales page – you want to talk up the company. In our case, we are a debt-free company with cash-on-hand, unlike a lot of other companies right now. Not only can we afford to hire people but to keep them.

The point of that page is to filter out people who don’t really speak English – you have to scroll through some of the material written in English to get to the actual ad – and then it’s to show people the jobs that are available.

Some of the people that were targeted in our advertising may have gotten to our careers page and read what the job was about and decided it wasn’t actually for them whether they didn’t speak enough English or they weren’t seriously looking for a job.

Whatever the reason, the long-form careers page or “sales page” acts as a filter to get rid of a lot of the people who wouldn’t be the right fit for the position.

Of the 3,622 people who went to our page, 126 started an application with some level of seriousness. That’s not the biggest number, but when you’re hiring someone, you don’t want as many job applications as possible.

We try to reply to as many people as possible who apply, just to be polite. I’m sure we’ve missed some people, but we try to get back to people and let them know whether or not we can hire them. If we got a thousand applicants, it would be a lot harder to do that.

Of those 126, 56 people completed our application form – which includes 30+ questions, some of which are open form where you have to write a paragraph or explanation to answer – in its entirety.

It also asks that you attach a CV in PDF form or a link to a CV in case the PDF won’t upload. More than 56 people filled out all the questions but didn’t include a CV.

But nearly half of the 126 answered every single question with a serious response.

28 people out of those 56 were approved for a first interview.

A little bit less than 1% of the folks who clicked on the ad were able to get all the way through to the interview.

Eventually, we hired over ten new recruits, building out and deepening our team. You can find more tips on hiring here.

By the time they get down to completing the application and then interviewing, we’ve had relatively good success. We are able to push about half the people who do the first interview through to the second interview.

There is a very low no-show rate on the first interview. Half will be given a second interview. Some will get a third. These are the people we are very seriously considering to hire.

Now’s the Time to Run a Hiring Ad

In a lot of countries, up until recently, unemployment was low. It was hard to get people to come and work for your company. Now is a great opportunity for employers to find people looking for work.

Following the steps we discussed in this article can help you filter it down so that you are dealing with people who are serious about working with you. This filtering process can help you find the best applicants for the position.

If you need help incorporating your offshore company, setting up a business overseas, or coming up with a holistic plan to help you reduce your taxes, you can contact us here.