4 Reasons to Renounce US Citizenship 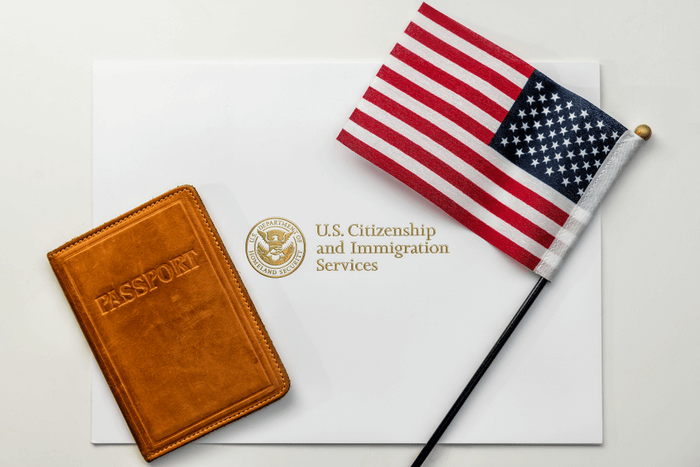 You may have more than a couple reasons to renounce US citizenship.

When it comes to anything offshore, it’s very hard to entirely understand what you’re doing until you’ve done it. That is why I am a practitioner, not a theorist. As someone who has been through the process of renouncing US citizenship, I know the same principle applies to such a monumental decision.

The myths and misconceptions surrounding the process of US citizenship renunciation disguise the relative simplicity of what it means to renounce. Myths like losing your social security benefits or never being able to return.

And, as the government’s notoriously inaccurate list of expatriates garners more and more attention from media outlets, the farther the misunderstandings will spread.

The truth is that, as a citizen of a country, you have certain rights and responsibilities. You are allowed to give up those responsibilities, but doing so costs you the associated rights.

Because of new laws enacted within the last few years, many expats have made the personal decision to hand back their US passports.

But, while the number of people who’ve decided that the rights of being a US citizen weren’t worth the responsibilities is in the thousands each year, it is still a comparatively tiny number when you take into account the hundreds of thousands who obtain citizenship yearly.

In this article, I’m going to tell you why many of these expatriates have made the decision to renounce. Not every person renounces for all of the reasons that I’m going to mention. Every single situation is different.

If you’re thinking about renouncing your US citizenship, pay attention to your own situation. And if you’re looking for specific instructions on how to renounce your citizenship, you can read our ultimate guide here.

The big thing you hear in the news when the topic of renunciation comes up is taxes. Why are taxes at the top of the list of reasons to renounce US citizenship? Because renunciation is the only legal way to fully relieve yourself of the US tax burden.

This is all thanks to the United States use of citizenship-based taxation. Long after every other country has abandoned the idea, the US has hung onto the idea of taxing citizens no matter where they live on the sole basis of their citizenship.

This creates a unique set of challenges for expats, especially those who spend very little time in the US.

For example, I have a friend who’s been living in Switzerland for the last 20 years who’s decided he doesn’t need his US passport anymore. He’s a Swiss citizen running a business there. In his particular situation, his US citizenship is only getting in the way of his business. So, he renounced.

For other people, it’s more about the details surrounding paying those taxes.

The biggest issue another person who came to me had was compliance. He was running a few businesses in the United States that were paying plenty of taxes there. He also had many other businesses that he was running all around the world that weren’t paying taxes.

We went through everything he was doing and found that, after some of the new tax laws that came out under the Trump America First Tax Reform, his taxes were about to become much more complicated.

A tax lawyer friend of mine heard about his situation and estimated that he would probably be paying $70,000 to $80,000 a year just to do his taxes.

Not paying them. Just filing them.

When he found out how much he was going to have to pay just to comply under all the new provisions, hiring representatives in all kinds of different countries, he was overwhelmed. It wasn’t worth the worry. He renounced.

The Wall Street Journal recently talked about the “transition tax” created under the Trump tax reform. Because of the new tax law, people who lived in other countries since the previous tax overhaul in 1986 – including people living in high-tax countries like the UK and Australia – are now being forced to pay a transition tax of about 15% on their retained earnings from the past 30 years.

This was money that they had distributed or kept in a company and that the US previously hadn’t taxed. The retroactive nature of the transition tax meant that people in high-tax countries, some living in cities like London, must now declare dividends from their UK company, take the money out, pay UK tax, and then give that money to the US.

All because they’re living and making their money in a different country.

These weren’t people sitting in the Cayman Islands. They weren’t hiding in tax havens. They just got stuck in the system and ended up renouncing rather than dealing with any more trouble. 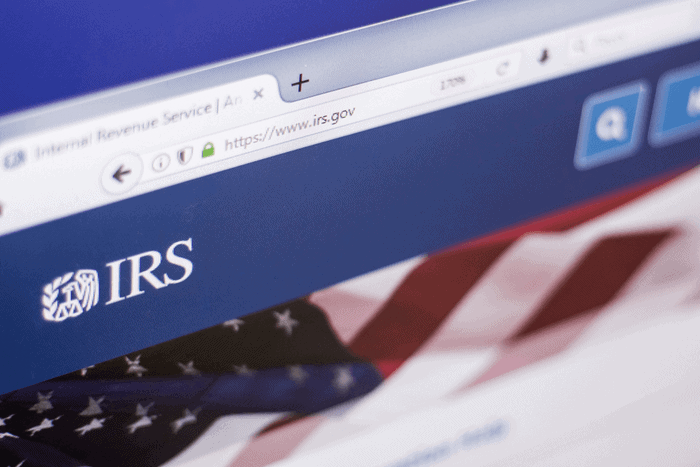 Burdensome reporting and filing laws and the ever-changing tax laws in the US are some of the reasons to consider renouncing US citizenship.

If you’ve been keeping up with our videos and articles, you’ve heard about FACTA. The regulations put in place under FACTA have made it so that Americans not only need to report, pay, and file all their taxes, but they must also do the same for foreign bank accounts, foreign brokerage accounts, and many other types of accounts.

FACTA not only created more complicated paperwork for Americans, it also created complications for the people and organizations who work with those Americans. The burden of compliance has pushed many people, businesses, and banks to stop working with US citizens all together.

I’ve had numerous people come to me over the years who’ve been running international businesses who discovered that their business partners no longer want to work with them. They’re having trouble getting credit, bank accounts and, in some cases, even getting contracts because companies just won’t do business with US citizens.

They don’t want the exposure.

The new rules under the America First Tax Reform that dictate that those living overseas can no longer retain their earnings and must pay a certain amount of tax, means that anyone involved with US citizens – especially in terms of banking or business – will be dragged into the bureaucratic vortex of filing reports and other paperwork and using complicated formulas to calculate dividends and taxes owed.

Being a US expat is very complicated and no one wants to voluntarily take on that level of complication.

The tax and compliance infrastructure that the US has put in place is also incredibly burdensome for every citizen, green card holder, or anyone with ties to the US, whether resident or not. The new complications of an already burdensome tax system were enough to push many expats to seek other options.

While renouncing may not be the best option for every situation, there are many people who are starting the process as a way to increase their opportunities around the world and reduce the restrictions and red tape they have to go through.

A few years ago, we looked at several case studies of individuals and their reasons to renounce US citizenship and calculated the ROI on their decision to get a second passport and renounce. As with the individual cases we analyzed, you may discover that renunciation is well worth the effort. 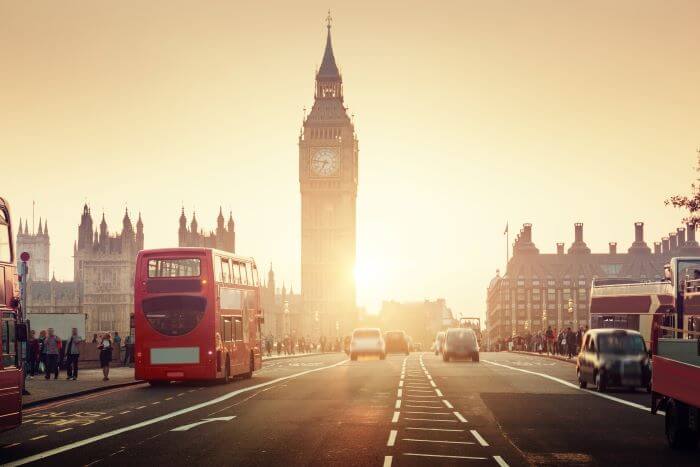 Some choose to renounce for reasons of cultural identity. One of my clients, for example, simply did not identify with his British heritage and chose to use his US passport instead.

Having said all this, taxes, finances, compliance, and limiting bureaucracy aren’t the only reasons to renounce US citizenship. For some, renunciation is purely motivated by cultural identity.

A guy came to me recently who said he’d much rather be a citizen of a country in the Caribbean. He wanted to sell some of his cryptocurrency and invest in a new passport because he didn’t want to be associated with the US.

I personally know how he feels.

I didn’t start my Nomad Capitalist journey with the motivation to save myself from more taxes. I never really felt American. I just didn’t fit in with the culture of the US. Instead, I was fascinated with learning about and experiencing other countries.

If you don’t feel like you fit in, it’s hard to want to associate yourself with the rights, responsibilities, and reputation of your home country. I remember going to different countries using my US passport and getting the stink eye from people around me. It was embarrassing.

And this is not something that solely affects US citizens. Another guy I talked to was British by birth but had become American. He never actually liked his British heritage. He never wanted to use his UK passport and wanted to keep the US passport because, without it, he knew he’d have to go back to being British. That was too embarrassing for him to consider.

There’s a whole list of things that people feel about their citizenship and not everyone feels like they really fit in, especially in a country like the United States.

While a US passport is one of the world’s best, a lot of people don’t want to be associated with it. They’ll gladly take a couple of extra visas to get the burden out of their lives and feel better. When they do, they often find places where they feel comfortable. Places where people share their values.

Since renouncing, I don’t have a problem visiting the United States. I know where in the world I feel comfortable.

For many expatriates, it isn’t only about taxes or finances. It’s nice to be able to open up a foreign company and not to have to file so many forms for it, or to open a bank account and not be harassed. It’s nice not worrying about reporting or compliance.

An individual’s reasons to renounce US citizenship can be as simple as going where they feel best in terms of their identity and values. 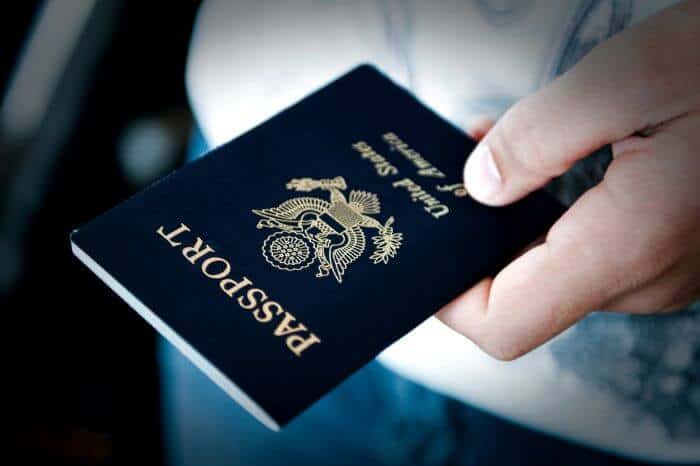 There is much to consider when determining your reasons to renounce US citizenship.

The bottom line is that, for many expat entrepreneurs, renouncing their US citizenship will come with benefits that may be worth pursuing.

They’re already paying plenty of taxes where they’re living in Switzerland, the UK, or Australia. A place where they feel a part of the lifestyle and culture of that country. Renouncing will help them restrict the reach of the US government in their lives.

There’s a myth recently that wanting to renounce citizenship is all about Trump. Before that, it was all about Obama and the policies he put in place with FACTA. This idea that people are leaving because they don’t like Trump has always been nonsense.

We’ve seen that for ourselves here at Nomad Capitalist.

One person I’ve talked to told me that for him, it wasn’t about Trump. It was about the role and practices of the government, which he referred to as “the psycho girlfriend.”

There are still a lot of myths and misconceptions about renouncing US citizenship. We have plenty of articles and videos on the subject including our ultimate guide that can help you figure out how renouncing could be beneficial in your specific situation.

If you want help determining if and how you should renounce your US citizenship as part of a holistic offshore plan, feel free to reach out to the Nomad Capitalist team.