Among the most well-known ways of being able to live abroad is via the Golden Visa Programs we have mentioned on numerous occasions. But they’re often better on paper than in reality.

These residencies by investment aren’t a “second passport for sale”, as many consider them, as they often have a lot of strings attached to them. Nevermind that these countries are often not tax- or business-friendly.

That much could be manageable. But it’s not the only issue.

Sometimes the naturalization process is so opaque that you don’t know whether you’ll have citizenship in a year, or in a decade.

Nomad Capitalist was founded on the belief that entrepreneurs who provide value to communities should be treated better.

As a consequence, we have searched around the world and found several countries that will be very happy to offer entrepreneur citizenship, business immigration, or at the very least a fast-track to gain second citizenship by investment simply by hiring employees in those respective countries.

In this article, we’ll take a look at each country, what is required to qualify for citizenship, the timeline to naturalization, and the general quality of the country and the passport you would receive in return for hiring employees there. 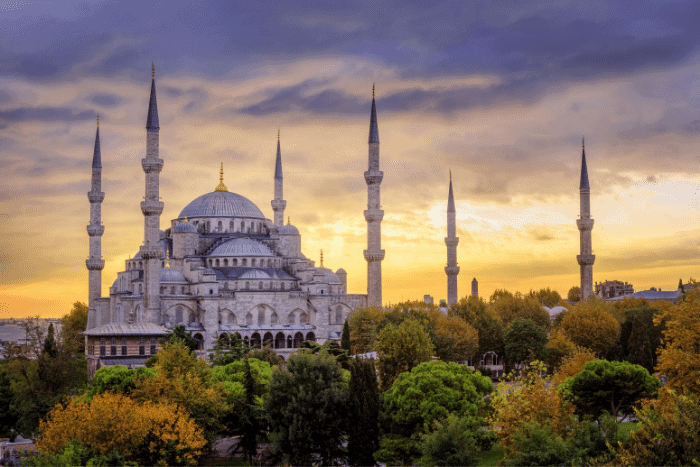 Turkey has a strong industrial economy producing everything from TVs to washing machines.

Turkey offers what we refer to as a “Tier C passport” as it doesn’t have easy access to the US or the EU but provides visa-free access to many areas in Asia and South America.

So, though it is not a good first passport, it’s a good complement to a stronger one as Turkey is a major and well-respected country. Furthermore, Turkey is an industrialized nation in its own right, with plenty of beautiful areas worth visiting and living in.

We’ve written about it in detail before, but the executive summary is that you only need to put $250,000 in real estate for three years and you get citizenship. The caveat is that there have to be appraisals and you have to purchase the “right” kind of real estate.

If you don’t want to go with that headache, then you can hire 50 people instead and still gain citizenship in a matter of months.

This is a good choice if you were already considering hiring employees overseas. Turkey’s youth is fairly westernized and eager to work, so it shouldn’t be a major problem to find employees to hire.

Having said all this, there are better citizenships via job creation programs out there. 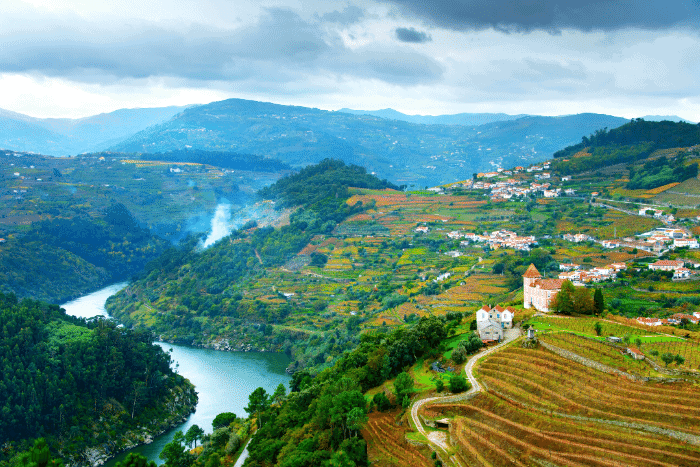 By hiring employees in Portugal, you can start on the path toward Portuguese citizenship.

This country often tops the list of Golden Visa programs, and for good reason, as it ultimately gives you a very strong passport in Europe, visa-free access to the entirety of the American continent, as well as a large percentage of Asia and Africa.

We have written about this program in the past as well, but the short version is that the most common application of the Golden Visa Portugal program is buying €500,000 worth of real estate to get long term residence, which becomes full citizenship in half a decade.

We have had clients who opted for this option, but the de facto “second passport by investment” scheme has bid up the price of real estate to untenable levels. Usually, people who choose the real estate route in Portugal are rich enough to not mind parking some of their money in subpar properties that will bring in rental yields far lower than one would expect.

If you aren’t in a position to forgo half a million euro for half a decade to get a second citizenship but you own one or two companies that are open to hiring employees overseas, then this alternative might be for you.

Compared to Turkey, you only need to hire ten workers in Portugal, but for much longer. As soon as you hire your ten employees and are approved for a Portugues Golden Visa, you will start the naturalization clock ticking.

If you maintain at least ten Portuguese employees during five years of residence, you can apply for citizenship in Portugal. This does not mean that you will automatically become a Portuguese citizen after five years. It means that you can apply to be naturalized.

Thanks to Portugal’s highly bureaucratic nature, it may be several years down the road before you are officially granted citizenship.

But this isn’t as bad as it sounds. Despite Portugal being culturally European, the wages are rather low compared to what you would find in any other adjacent country.

The average Portuguese worker earns $25,367 per year, which is considerably lower than the OECD average of $43,241. In other words, hiring employees in Portugal could almost halve your worker costs.

It’s also worth noting that you would get a rather good deal for that money, as the Portuguese rank well above the OECD’s average in terms of reading literacy, mathematics, and science knowledge. In fact, they are at a similar level as the students from Norway, Poland, Denmark, and Belgium.

So, though it is not an automatic means of becoming a dual citizen, Portugal’s Golden Visa program will set you on the path toward a second passport while giving you all the benefits of hiring employees overseas. 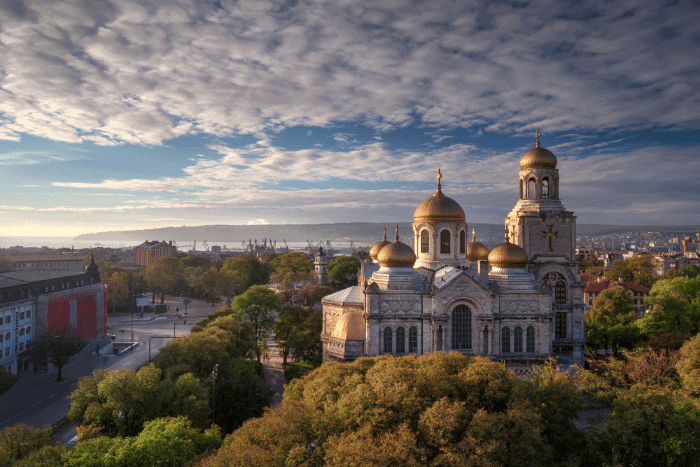 If you want to fast-track your application, you can get a second passport in Bulgaria in two years by hiring employees.

This is a country that people rarely talk about, despite being a member of the EU with the full freedom of movement. Perhaps it’s for the best, as Bulgaria is in the unenviable position of having to manage its cultural ties to both Western Europe and the former Soviet bloc.

Getting citizenship by investment in Bulgaria isn’t particularly straightforward if you go by the normal routes people take. You’ll need to spend over €500,000 just to get your foot in the door, and if you want to fast-track your citizenship, you will spend double that amount.

But if you want to have a long-term residence permit in Bulgaria without spending a million euro, you only need to hire ten people. And it’s obviously far more affordable than even Portugal.

This is a particularly good option if you’re in the tech sector as the industry has been booming there lately and there are very qualified personnel in the country.

Your immigration application will also be fast-tracked, and within two years, you could have your passport ready and waiting for you. 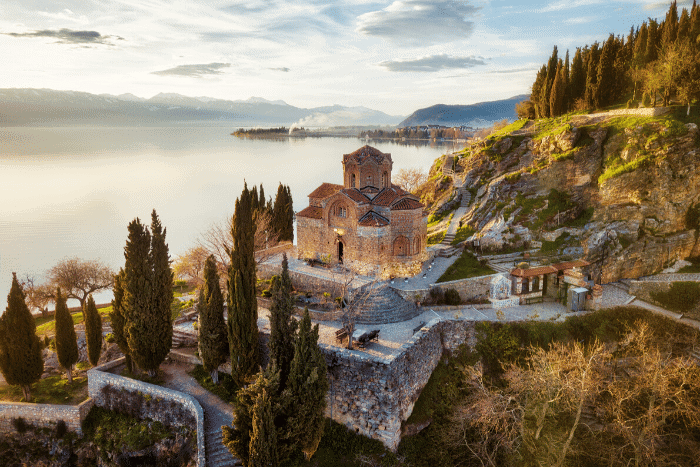 Macedonia offers low taxes, efficient business operations, and even a second passport to entrepreneurs hiring employees in the little-known country.

Macedonia is an often-overlooked passport but it is a surprisingly interesting option. It provides visa-free access to the Schengen Area and, with it, the entirety of the EU. It offers all the travel benefits without any of the nonsense associated with being a part of the European Union.

In terms of naturalization, Macedonia is among the fastest countries in the world to get citizenship. This is just another benefit of Macedonia’s business immigration program compared to other countries that will keep you on the hook for years at a time before granting you citizenship.

By the time you’re getting your Macedonia residence permit, it’s almost time to get the second citizenship. And there likely won’t be any delays as the government is efficient.

But this is not a second passport for sale where you can make an investment without ever showing your face in the country. You do need to have some palpable presence on the ground. You have to form a company, put €400,000 into a corporate bank account, and hire ten people.

This prices out many entrepreneurs, but Macedonia is among the most business-friendly countries in Eastern Europe. This is even noticeable in the taxes, which are a flat 10% for companies and individuals.

The government is also very interested in promoting industry in the country, offering many fantastic incentives to have factories there.

However, this is such an overlooked country in the broad scheme of things that only a handful of people have ever taken the country up on its immigration offer. As such, there doesn’t seem to be a standardized procedure, as we discovered when we went to Macedonia to research this opportunity.

It might take a bit of research and communication with the bureaucrats, but it could be worth it in the end.

Let’s say you’re the head of a major business and you have hundreds of workers under your corporate umbrella. The problem is that most of your net worth is directly tied to the equity of this business.

You don’t have the liquidity to put half a million euro in a bank account for half a decade, but you’re still looking to live abroad.

Moreover, you don’t want to be told where and how you should be hiring employees, you want to do it your way.

Now is the time to pick up the phone or have your assistant schedule a meeting with a high ranking politician to have a chat about a mutually beneficial affair.

As luck would have it, politicians are on a perpetual quest to gain the love and admiration of their people – especially in less affluent, under-industrialized, and rural countries. And there are few things that get more votes than being able to create jobs.

So, if you have the sort of power to snap your fingers and instantly materialize a hundred jobs in their jurisdiction, then they will certainly listen.

Obviously, the number of jobs you can provide and the economic standing of the country have a direct connection. You wouldn’t be able to walk up to the White House with an offer of a few hundred jobs.

On the other hand, Poland (an EU state, I might add) has done this on numerous occasions in previous administrations.

It might sound like the stuff of spy novels, conspiracy theories, and bygone eras when men in smoky rooms ran secret business deals with each other, but it happens all the time. Just ask Jeff Bezos how even US states are willing to bend over backward and offer Amazon all manner of concessions so that he will put a headquarters or warehouse in their jurisdiction.

Sometimes, it goes against all economic sense, as they end up offering so much that the government actively loses money in the deal. But voters care about jobs, and not budget deficits.

So, if you offer enough incentives, you can craft your own immigration plans. We’ve personally dealt with 9-figure entrepreneurs who have mentioned that they have received multiple calls from politicians asking them to broker deals with them.

When people think about Golden Visa programs or buying second citizenships, they automatically think about simply handing the government a check with a lot of zeroes attached.

This can and does work, we even recommend it from time to time. But there are other options on the table that we think people with businesses should consider.

The more options you have, the easier it is to live life on your own terms.

If you are curious about how to structure your citizenship by investment strategy, contact us, and my team and I would be glad to help you find the best plan for you.