Someone recently sent us a message on social media saying that, after listening to all the good things I’ve said about Georgia over the years, they’ve decided to incorporate their business there.

What a terrible idea.

The problem is that people see me talking about one particular country and they take it to be the one-size-fits-all answer. Unfortunately, there is no one size fits all.

Growing up, my parents talked about getting rid of everything in the US and moving to New Zealand. In the modern offshore world, this isn’t a great idea.

Every country has pros and cons.

The Nomad Capitalist way of living isn’t about picking one particular place overseas and moving everything there, it’s about setting up a strategy that allows you to cherry-pick as many pros as possible while avoiding the cons.

This means diversifying across multiple countries and regions.

For instance, there are four different business tax systems in the world. Each one offers various levels of tax savings and other benefits for your company. Some require that you live outside the jurisdiction where you incorporate. And even without that requirement, it often makes sense to incorporate your business in a jurisdiction that is separate from where you live, spend time, or establish tax residency.

So, when it comes to planting business flags, it is important to first understand how these systems work and how you can benefit from them. Once you do, you can create a strategy where you get the best of all worlds instead of going from one set of problems to another.

Now, it is important to note that these four business tax systems are not automatically the same as the four income tax systems we’ve previously discussed. There are some similarities and crossover, but there are important differences that will play into your holistic offshore tax strategy if you’re smart.

When it comes to the specific purpose of obtaining tax savings for your offshore company, here are the four tax systems you need to know about:

These are countries where the tax rate ranges from what is essentially pennies up to roughly 12.5%.

It isn’t zero, but you can open your business up to a number of benefits by paying a little bit of tax, incorporating in a certain market, or qualifying for a tax treaty.

Countries that offer low-tax systems include Bulgaria, Montenegro, Cyprus, Labuan (in Malaysia), Mauritius and others.

You can significantly reduce your tax burden by incorporating in a low-tax country where the rate is much lower compared to where you are now.

Both Georgia and Estonia, for example, have deferred tax policies for offshore companies despite having moderate tax rates of 15% and 20%, respectively.

Macedonia, on the other hand, has a low corporate tax rate of 10% and a deferred tax policy.

What exactly is deferred tax? Essentially, the government will allow your company to earn money in their country and pay nothing in taxes until you take the money out. As long as the money stays in the company and is being reinvested instead of being redistributed to shareholders or sent to other companies, you won’t pay taxes.

If you’re in a situation where you need to have a business in the EU and you’re growing quickly and turning capital quickly, Estonia could be a good idea. Deferring tax would allow you to keep more money in the business to help it grow.

However, if you’re running a cash flow business and just want the ability to take the money out, these countries aren’t going to make as much sense. If you are not going to enjoy the benefit of that deferral, Georgia and even Macedonia won’t make sense because you could pay a lower tax rate somewhere else.

But if you can benefit from the deferral and there are other advantages that merit incorporating in a country with a higher tax rate, then countries like Georgia could make sense for you. 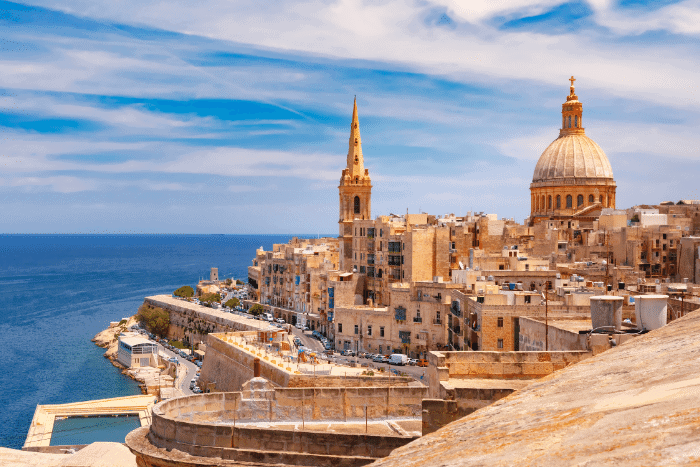 Tax exemption policies basically create a different tax system for those who are operating outside the country.

Hong Kong is a common example of a jurisdiction that grants tax exemptions to qualifying companies. Hong Kong tax rates range from 8.25% to 16.5%, but through the Offshore Profits Exemption Claim system you can follow a certain set of rules to potentially pay as little as zero in taxes on your Hong Kong corporation.

Similarly, if you run a company in Malta as a Maltese citizen, you’re going to end up paying a very high corporate tax rate. But if you do not reside in the country, Malta has a system that could potentially reduce your corporate tax rate to as little as 5% or lower.

These are not international business companies (IBC), these are an onshore (or hybrid) jurisdictions where you can get a special deal that is unavailable to those running their business on the ground.

Zero corporate tax jurisdictions are the countries that people traditionally think of when the subject of incorporating offshore comes up because they simply will not tax your company.

Tax havens like Belize, the British Virgin Islands, Seychelles, the UAE, and others all offer what is essentially a flat zero tax.

Some will fall under different categories, but for the most part, zero tax countries are the easiest to identify because the tax rate will simply be zero.

Which Corporate Tax System Works For You?

Different corporate tax systems work for different types of companies. That is why the first step to creating a holistic offshore plan is to understand what is unique about your business, your goals, and even your personal lifestyle design.

Georgia was a terrible idea for the guy who messaged us on social media because he was running a cash flowing consulting business. He did not need the benefit of deferral because he was not turning his capital over frequently. He was better off going to a zero tax or tax exemption country, or even going to a low-tax country where he would pay a much lower rate than Georgia’s 15%.

I love Georgia as a place for personal banking and investing. It’s also a nice place to live and spend time. There are a lot of things in Georgia’s favor, but I wouldn’t incorporate there.

A Georgian company is not going to have as much flexibility as a company in a more widely known jurisdiction. You’re not going to convince a Singaporean banker to open a bank account for your Georgian company. You will essentially box yourself into banking in Georgia. Perhaps a few offshore havens would deal with you, but your options will be far more limited.

Offshore is about expanding your options, not creating limitations.

In some cases, having a domestic company that pays a little bit of tax and grants you access to that country’s banking system will be worth it. As with anything, it’s a trade-off.

If you still don’t know which corporate tax system works best for you, we’ve outlined the most important questions to ask yourself to find the best offshore jurisdiction for your company.

Or, you can just reach out for our help and we will sit down together to examine your various offshore needs and goals and not only find the right corporate tax system for you but also design a holistic offshore strategy that you can implement for a life of greater freedom and prosperity.