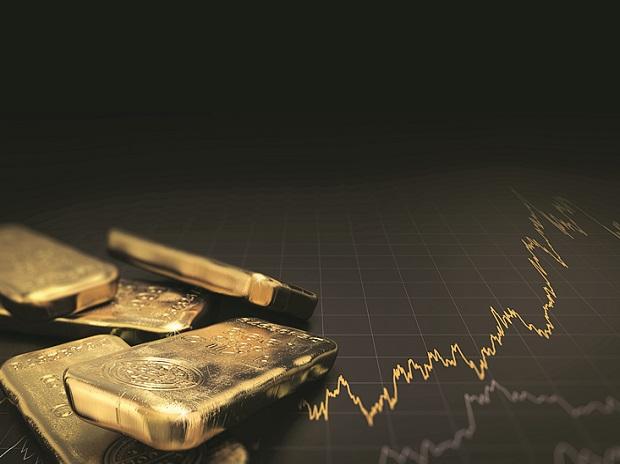 Editor’s Note: Adrian Day is Doug Casey’s long-time friend and a gold investing expert. Adrian is president of the eponymous Adrian Day Asset Management, which manages discretionary accounts in both global and resource stocks for investors. Below he shares his insight on gold and gold mining stocks in this current economic environment.

Gold is testing investors’ patience. In an environment that would appear favorable for the precious metals, gold has steadily deteriorated over the past six months, from an August high over $2,050 to the current level a little more than $200 lower. For gold stocks, far more volatile, the loss has been greater.

The central reason for holding gold—monetary instability—clearly favors gold. There is a close correlation between global liquidity and the gold price. Nothing suggests that global liquidity will start to pause, let alone shrink. Government spending is up, and central banks are accommodating the unfunded spending almost everywhere; in fact, many banks, including the Federal Reserve, are doubling down.

Why has gold been soft? Rates, the US dollar and Bitcoin

Why then is gold not responding? Earlier in January, pundits pointed to rising U.S. interest rates, but this was grasping at straws. The 10-year went from record lows of 0.85% to 0.859%—hardly earth-shattering—and is falling again. Rates at the short end are already significantly lower than they were. Around the world, a record $18 trillion of debt trades at negative yields. (And this ignores the important distinction between nominal and real rates, the latter already negative in the U.S. as elsewhere.)

The next argument is that the dollar has been rising. Indeed, the dollar has rallied from its early January low but remains below where it traded as recently as mid-December. It fell sharply from the beginning of November to a three-year low, so it is not surprising that a recovery is occurring. Despite the last administration’s desire for a lower dollar, two policies kept the dollar strong: the U.S. tax policy and the trade war with China (in addition to interest rates higher than global competitors). The new administration equally wants a lower dollar, but its probable reversal of tax cuts and new policies, which will widen the twin deficits, will drive the dollar down. There is a limit to how rapidly it will decline given that U.S. rates remain higher than in Europe, Japan and elsewhere, but the administration’s policies will also cap any rally.

Third, some are discussing a flood of money exchanging gold for cryptos. No doubt, the last three months have seen net outflows from gold ETFs and inflows into cryptos, but that does not mean there has been a swap. Other than a few high-profile investors making the exchange, I see no evidence suggesting that many long-term gold holders are going to sell and buy cryptos instead. Any exchanges will be at the margin.

None of the arguments for why gold has not moved are fundamental or will hold water for the long term. I think gold’s recent action is nothing more than a normal market pause after the strong run-up in the first half of 2020. This means that the long-term investor has time to accumulate patiently on dips. Or perhaps I should say, “has had time,” because gold can change at any time.

All of this applies to gold stocks, only more so. The gold price rallied strongly last year, up 22%, and remains not far from all-time highs. The outlook is positive. Why, then, are the gold stocks so undervalued? The last time gold traded around $1,900 was in mid-2011, and the gold stocks were 50% higher back then. Some of these reasons are long-term: there are more gold ETFs today. In the past, difficulties in buying physical gold meant investors wanting exposure to gold were more or less forced to buy individual mining names. That is certainly not new, but it is a reason why the multiples of gold stocks have steadily declined over the past 10 to 15 years. Another reason lies in history, too. At the last peak, the major miners went on a buying spree, overpaying for marginal assets and frequently taking on debt at the same time. Investors remember this. If you were a generalist who bought Newmont, let’s say, because it is the largest gold mining company in the world and you lost 80% of your investment in less than four years, you would probably be cautious about returning to the sector too!

There has been a sea-change in gold miners

However, there has been a dramatic shift in the attitude of gold miners, with a new-found discipline. No one among the majors talks about growth anymore; the new mantra is “profitable ounces.” No doubt—says the cynic—the old bad ways will return when gold is at $2,200 or $2,500, and investors start baying for growth once again, but we are not there yet.

Overall, the gold miners are undervalued today. If gold is undervalued relative to the stock market, gold stocks are even more undervalued. The gap between gold and gold stocks is close to the widest it has been. In terms of price, the gold stocks would have to move 65% to equal their prices the last time gold was at $1,900. And in terms of valuation, the gold stocks today are trading in their low 50% on all metrics and lower for many. This is peculiar since multiples normally expand at higher prices.

All this does not make sense, especially given that the major miners are, for the most part, better companies today than they were 10 years ago. Gold ETFs and long memories go only so far in justifying this.

A better company at half off

Take Barrick Gold as an example. It is the world’s second-largest gold mining company. It is a far better company today than it was in 2011. It has superior management, a stronger balance sheet (net debt of less than half a billion dollars down from over $12 billion a decade ago), no hedges, lower G&A, a more diversified production profile, and a deep pipeline. And the macro environment is better for gold mining companies. In 2011, oil (the largest cost input) was consistently over $100/bbl and as high as $160. Today, it hovers around under $50. Local costs are the second-largest cost input, and the “commodity currencies,” despite recent rallies, are considerably lower than they were. The Australian dollar, 10% above the U.S. dollar in 2011, is now at a 25% discount, making local costs—everything from labor to building and supplying camps—so much lower. With lower costs and higher gold prices, Barrick’s margin has expanded from $694 to $940, and it is not alone. And yet Barrick’s stock is trading well under half the level it was in 2010–2013. There is no logical reason for that.

I discuss Barrick because it is a clear example of a changed company, but it is not alone. The major miners as a group have many of the same attributes. When the gold prices move up, money flows into the mining ETFs and mutual funds, and all the seniors move. And investors who pick their own stocks gravitate to names they know.

There is an old saying, “don’t buy hamburger when the filet is on sale.” Many of the junior producers and the exploration companies are very fine companies and also excessively undervalued, arguably even more so. But the larger companies will be the first to move, and they are more certain to move. There will be time to move down the food chain. For now, when you can buy the biggest and best on sale, that seems to be the way to bet for a good part of our gold investment.

Editor’s Note: The rush to inject an unprecedented amount of money into every corner of the economy is a last-ditch effort to keep the stock market casino going for as long as possible—no matter the consequences.

All this unprecedented money printing will give rocket fuel to the gold bull market, which is already underway.

Gold is the best bet for right now. It delivers protection AND profits.

How do you find which gold stocks have the most explosive upside while avoiding the many losers?

In this rare message, legendary gold investor Doug Casey shows you the secret to how he invests and the most lucrative “insider” way of multiplying your gold mining stock returns.